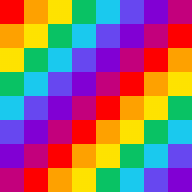 Update: This guide is already outdated as of 1/26/18. It may still work, and you may find the steps helpful to review, but I don't guarantee it. Please at least read more recently updated guides to make sure you're following the right steps.

I've attempted to install homebrew on my USA version DSi XL, and in the process discovered a lot of guides and tools that don't quite lead a noob through the whole process. This is my attempt to share what I've learned for others who are in the same boat as I was in a few days ago.

Disclaimer: I'm not an expert, and while this worked for me in January 2018 it may be outdated quickly. Please carefully read more authoritative guides to ensure you don't brick your DSi.

My goals when starting out:
Requirements for following the below guides, as best I can tell:
The guides/processes I followed - read these first in case requirements or processes have changed:
How I hacked my DSi end-to-end:

Goal 0: Prep
Set up to hack your DSi.

P.S. Thanks to the creators of the linked guides, and all the developers of the tools used, including @WulfyStylez, @Robz8, @nocash123 , @dpad_5678 , @jerbear64, @JimmyZ, @ThisIsDaAccount, and the many others I've certainly forgotten. Y'all do awesome work for the community.
Last edited by roygbiv, Jan 27, 2018
Reactions: tozevleal and emuashui

Update: I've been able to get NDS games working after erasing my SD card and extracting SRLoader v2.1.0 to the SD card!

The above guide is already out of date, though, as @jerbear64 has already updated his 1.4 Downgrading guide. Be very cautious if you follow my directions above, as the steps I refer to may no longer be the same as they were when I wrote up my process.
Last edited by roygbiv, Jan 27, 2018
R

(It originally moved to jerbmega.github.io/ - and now redirects to the DSi section at cfw.guide.)

((Hopefully I can figure out how to reinstall Brain Age Express: Arts & Letters that was deleted from the DSi XL we bought second-hand.))
Reactions: roygbiv

Nintendo DS Friday at 2:55 AM
chronoss

@ Dark_Phoras: Related to the chinese bread I ordered 1 minute ago
Chat 3