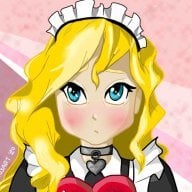 I have a friend that asked me to help him jailbreak his PS3 and stuff. Details are it's a PS3 Slim running 4.85 OFW when I received it.

I managed to install 4.85HFW easily enough and then installed PS3HEN so it boots with the HEN logo now.
Having a couple of problems though.

-Unable to activate RAP files, tried using ReACTPSN but I'm assuming that it doesn't work on 4.85 yet?
-Cannot FTP via Ethernet to my PC, every setting I try just refuses and can only connect via wifi. Kinda sucks when you have slow wifi and want to transfer 20+GB. Any idea of how to fix this? I followed http://psx-scene.com/forums/f224/ps3-ftp-via-lan-cable-directly-pc-fast-secure-89888/ this guide, which I have used in the past on a previous PS3 I owned.

I'm not really a newbie to PS3 hacking but I've never dealt with a Slim model before, it's a 3K model so believe it cannot be downgraded?

Any guidance would be appreciated so I can get it all sorted for him! 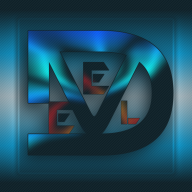 You should be able to use PSN Patch to install rap files.
If FTP is not working, try to transfer files using an external HDD or an usb stick.
K

hi bobfacemoo im trying to jailbreak my ps3 superslim 4.85 do you have some time to help me? thank you

bobfacemoo said:
-Unable to activate RAP files, tried using ReACTPSN but I'm assuming that it doesn't work on 4.85 yet?
Click to expand...

Correct, you simply supply rap files in dev_hdd0/exdata/*.rap or dev_usb000/exdata/*.rap and the newest version of cobra/mamba (built into the newest HEN) will automatically* convert them to the .rif format the console requires

* rif licenses are effectively rap files encrypted for your console's IDPS and your user's act.dat - so you must have an official PSN activation done, just as if you wanted to install licenses on a CFW system to your own user using PSNPatch

bobfacemoo said:
it's a 3K model so believe it cannot be downgraded?
Click to expand...

All 3000s (black button slims) are indeed metldr2 and therefore not compatible with CFW (strictly speaking you don't downgrade anything - the whole purpose of a hardmod with nofsm patches, the latter also being the payload of the PS3Xploit flash writer, is that you don't have to downgrade anything and therefore work on metldr1 consoles that can't get to 3.5 or lower)

A question about the Fat PS3 80GB and compatibility