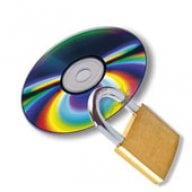 ok if xbox 360 run hot which is the best cooler to get?
what about a laptop cooler? like antecs coolers
cheers for the help

Despite your efforts, no way to beat the RROD.

From what i get, the RROD in itself is completely random, it may happen to you 1 million times, or never at all. You see the problem comes when the damn thing cools down, so basically putting on some fan wont really help at all.

Things you could do would be placing in a ventilated area, make sure that it doesn't pick up a lot of dust, and pretty much all you could do.

What Maz7006 said about RROD is good although "random but not helped in the slightest by appalling design decisions" is how I would extend it. On the other hand they do run fairly hot and while I myself do not use a cooler I can see why the idea appeals.

Unless you want to go full hack mode then I suggest not paying more than £10 and sticking with whatever you can get at that price (a trip to maplins or something and bastardising a £7 fan to use a USB port (there is one on the back remember). Here is a pinout to save you getting a 12V fan:
http://pinouts.ru/Power/BigPower_pinout.shtml

Usual rules of keep it raised, keep air intakes clear, do not stuff it in an enclosed space and the like apply.

I would seriously advise against the majority of laptop coolers on the 360. For whatever reason, they're usually designed to suck air away from the laptop. Whilst that sucks heat away, it also suffocates the laptop and can damage it. Similar effects can happen to the Xbox, which is dependant on its ventilation holes for air intake.

If you're worried about it overheating, the first thing to do might be open it up and actually clean the insides, removing any dust you can find. I like using pressurised gas to do this (although it has been argued that pressurised gas can do more damage than good), although it's sometimes necessary to get a cloth and just wipe some bits down when the dirt is thoroughly caked and baked.

For ventilation, you can try third party fans (fit over the existing fans and take power from the power supply), although earlier ones have been known to damage the console (later ones don't). It essentially adds 3 noisy fans on top of the two already in place. Or you could try a case mod - various methods of making cooling more effective. Or do as above and use a USB port. Some also suggest removing the metal grill from the case (saying it acts as an oven). Another option is find yourself a Jasper motherboard, which produces less heat in the first place and probably has the more efficient v2 heatsinks.

Generally though, I don't think you should need to do any more than clean it out and make sure it's in an area with plenty of space to breath. Even if you do buy a fan to help it, I really wouldn't spend much money on it (as above).
V

external third party coolers do not work. if anything they impede the xbox's natural airflow. i had my xbox opened up and the two large internal fans replaced with more powerfull ones. it sounds like a jet engine now but i can play it for hours and days on end without it heating up at all.