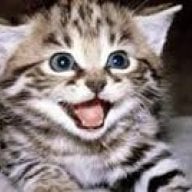 So after successfully modding one White Wii with a storite device, I got another and a new Storite device, and on this one movies play fine but Gamecube games randomly freeze and bug out. No clue what's causing it.

So I got a PNY 128 gb flash drive instead, and with force IOS enabled it runs everything perfectly EXCEPT for Mplayer movies, in Mplayer it will display the movies but when I go to launch them it shows a black screen then returns to the menu. Does anyone know what could be causing that?

I hoped to run all my games from the Pny 128 gb device and all my movies from the storite device, but I can't seem to get Wiiflow to allow me to select the second USB device. Does anyone know a way to do that?

Does anyone know anything that could help? I've rooted around in ini files and tried using google but can't seem to find a solution. About the only thing I can do right now is set up WiiMC to run from the system menu instead of using Mplayer, and unfortunately it's not as child friendly.
Last edited by JanosValentine, Nov 27, 2015
D

In order to use the second port for Wii games you have to be using the v10beta53-alt d2x cIOS.
Modmii can build it or Cyan put together a d2x installer pack

Also, I didn't have very good luck with the last PNY drive I had used. That d2x v10 has better compatibility with some drive that had been problematic so you may be fine. I ended up switching to Sandisk Cruzer for smaller drives or WD My Book for large capacity.

What format/quality are they movies you are trying to play? The Wii can only output 480p, WiiMC can take a 720p file and transcode it but I don't think Mplayer can handle it.

The problem is entirely Mplayer it seems, I've just started using WiiMC. The Gui is just a list and isn't as pretty plus it has this annoying "Up One Level" option at the root menu that can take you out of movies, but on the bright side, it has a section for pictures and music and allows the Wii to be used as a DVD player. It's not as kid friendly as what I wanted because I'm building this Wii for a five year old girl, but it works.

On a side note, I also had problems with NMM rendering gamecube games unplayable or causing them to crash with a "power off your gamecube and consult the manual" error, but most games work fine with a standard 64mb memory card. I just hope I don't run out of room :/

What USB device do you have or what device would you personally recommend? The compatibility list is a hot mess of low capacity or otherwise unavailable devices that are poorly tested and aren't specifically tested for Wiiflow.
D

Right now I have a WD 2TB My Book USB 2.0 partitioned into FAT32/NTFS. I bought it a few years ago and it doubles as my 3D movie drive. (I have a Samsung TV that can play media from USB) I've setup other WD My Books, 500GB, 750GB, and 1TB, they were all USB 2.0 and it's been a few years on those as well. For smaller capacity, SanDisk 4GB, 8GB, 32GB and Transcend 2GB have all worked. Only ever had a problem with PNY 8GB and 16GB not working at all.
I don't normally use WiiFlow, been using GX. Did try CFG when they first started autoloading cIOSs and tried WiiFlow again for same reason but ended up going back to GX. I don't recall ever having an issue with just one USB loader but it has been a while since I've actually used my Wii.


If you are setting it up for a 5 year old, I don't think I'd use a large capacity drive.
I'd buy a Sandisk Cruzer fit, specifically the fit so its size makes it hard to remove and won't fail if it and the console hit the floor. Most Wii Games are small and you can fit a lot on 32GB. Then use Wii Backup Manager and another larger drive for archive and transferring games to kid USB.


As far as movies go, I used WiiMC on my other Wii to stream movies to bedroom via WiFi but stopped using Wii and have switched to a program called Plex. I always have my computer on as it has been a media server for a while now but Plex has apps for IOS, Android, Roku, Wii U, XBOX One, PS4, some smart TVs, and any web browser. The best thing is, it will use the box art for movies so kids who don't read so well can still tell what movies they can watch. And it makes your library available to you anywhere as long as your server computer is online. (you can also upload to some cloud services so files can be available if your computer is off). I think you have to pay for some of the apps or pay for Plex Pass but I find it worth it and bought the lifetime Plex Pass.
My niece is 5 and can navigate Plex on iPad without help other than the initial unlock passcode. The iPad had XBMC app but it just listed movies by title and someone would have to help her find a movie. And someone would have to start movies in WiiMC when I was using that. Now bedroom has TCl Roku TV with WiFi that has Plex so selecting movies is easy.

Sadly, what I said about Gamecube games working after disabling NMM turns out to be not true. I thought it was because I played half a level in Sonic Adventure 2 Battle and a full course in Mario Kart Double Dash without any problems but then when I tried to load another game recently, I got the same weird Gamecube error message.

Anything with less than a hundred gb is completely inadequate for what I'm trying to do with it, so the 32gb sandisk cruzer wouldn't be much help to me, barely able to hold anything.

Have you tried using Nintendont for GC or just DM?
Nintendont says you can only attach one drive but having a Movies folder on the same drive/partition as your apps, wbfs, and games folders won't hurt anything. And if you were to name it "AAAAAA Movies" it would be first in the WiiMC list, other than "Up one Level", when in the root USB folder.
Not sure if WiiFlow has added Nintendont support or not but AbdallahTerro made some mods for Nintendont and USB loaders.

I do know you can play Wii games off the second partition of a USB drive so you may be able to separate movies and games like that. I think apps had to be on first partition but usually better to load from SD. I don't do ANY type of GC games on my Wii so I don't know if they could play from second partition. I had thought about trying GC games on USB but never actually did. 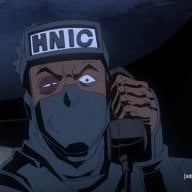 Does anyone know to how to create custom xml., cartdisc.png or screenshot.pngs? I want to add descriptions, screenshots and disc images to my movies that I have on wiiflow using mplayerce but I can't figure out how to do so.

Hacking How to set up WiiFlow / nintendont global settings?