My Wii is on 3.2E, Using Gamma and Softchip, whichever i feel like lol.
Also it used to work fine!, but recently its become noisy! then it started to not accept backups and kept giving me DRE.
now, from today it wont even go past the safety menu on Mario Kart. it then says an error has occured!
I also tried the wii lens cleaner and other games like wii fit wont even work.!
What Can i DO!?
Plz Help

Oh yh do i hav to delete my homebrew and cIOS249 and stuff before i send it to Nintendo? 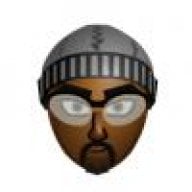 Try a Gamecube disc. If that doesn't load then youw Disc Drive is gone. Send it to Nintendo and they will fix it. If you can get rid of that softchip.

I had the same problem a few months ago. They give me a new Disc Drive within a week. My Hombrew was not affected at all.
D

Nintendo doesn't even turn the wii on.
I know because if they did, they would test it, which they don't.

True Story: I sent my broken wii to nintendo, they charged me $120, said they have fixed it and sent it back in the same condition.

You don't have to worry bout it being brand new, but uninstall the channels to be safe.

And you're okay with them ripping you off like that?

Did you get a refund?
D

i sent it back, they sent me a new one with 12mth warranty and refunded the delivery.....

lol ur lucky, but wenever i put a game in, after the safety menu, it just takes forever and makes loud noises of the lens trying to read the disc and still ownt work!
ive tried many times..ive cleaned the lens too..
also my wii is extremely loud making loud chainsaw noises!

dnmn8e said:
Nintendo doesn't even turn the wii on.
I know because if they did, they would test it, which they don't.

True Story: I sent my broken wii to nintendo, they charged me $120, said they have fixed it and sent it back in the same condition.

You don't have to worry bout it being brand new, but uninstall the channels to be safe.
Click to expand...

Not true, after they replaced my disk drive there were two 1 minute logs of SSBB that they used to test if it was working properly.

Didn't they tell you not to install "Makeyourwiisoundlikeachainsawsoallpeoplearrounditwillfleeawayandyouwillhave
nofriendsanymoresoyouwontbeabletoplaymultiplayersanymore.wad"
A

funny you should ask this...but i have bought numerous wii's off the internet with this exact problem it sounds like. There are two tabs at the front of the DVD drive that move up when the disc is inserted. If there are impatient people or kids that have a frequency to "jam" discs into the wii, then these tabs will bend up quite easily, and therefore the disc cant be seated, and cant spin up correctly causing a chainsaw sound (the edge of the disc hitting the metal tabs that are bent). All you need to do is bend the tabs back down and voila! The disc should spin and be happy again!

Not saying this is it, but it is the case with the last couple wii's i bought

Misc I got banned on wiimifi on mk wii without even using it.