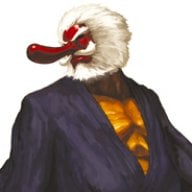 Hey, I wasn't really sure where to ask this question so I put it here. Is there a way to use the Wii Hori Arcade stick or a virtual console controller for gamecube games through a backup launcher or such? Because I know that it's impossible normally, but is there some sort of launcher that'll let you use wii controls on gamecube games? Mainly I want to know this so I can play capcom vs snk 2 on an arcade stick without having to buy another one.

Nope, it'd be best to get a Classic Controller to GC port adapter.

I personally, would get a (original) Xbox to GC controller adapter (I like my S controller).

Hardware Getting an arcade stick to work with my Switch?