Hardware What would you have changed about your last PC build?

Yay descriptive titles. If you are answering here you have presumably built or at least specced a PC for yourself. What would you have done differently with the benefit of hindsight? This could be because you made a poor choice or because one of the choices you made did not pan out the way you thought (either the tech did not get picked up or you did not use it the way you thought you would).

Edit
Also going to add peripherals to this one.

Did you get a fancy gaming mouse or keyboard, or indeed some kind of art/engineering type inputs, and not gain much use from it? Did you skimp on that and pay the price? Did you opt for bog standard and later consider it a mistake?

I have not actually built a new PC for anything like performance for myself since https://gbatemp.net/threads/new-pc-time.42858/ back in 2007. It did well for many years for me before I rode it into the ground and it joined the wall of PC parts towers but there were things I would have changed.
I eventually stuck 4 gigs of RAM in there, probably should have gone for that at the time as 2 was maybe not low but not high and I had not yet discovered my fondness for having hundreds of tabs open at once.
This was on the turning point of directX10 but I went for high end DX9 cards. This was not a bad move as the failure of Vista and domination of the 360 (and later PS3) during that timeframe meant directX10 exclusive was nothing like previous directX versions.
Would have probably skipped SLI if I had to do it over again -- 4 monitors was nice but 3 does me well and a basic slave card or maybe got one of those triple head to go things. Also driver makers were, and still are, not up to the task and it burned power like nobody's business (got serious bills because of that one). On the flip side a friend got a mid range DX10 card about 7 months later and where might struggled a bit with certain titles it blazed through them. I wisely avoided anything resembling physx. I eventually replaced the GPU with a cheap one made for media PCs as one of my vendors had one going for £20 or so.
The motherboard was not a great one (had some flex in it which killed it eventually) and dropped me down to single card before then.
More money for hard drives (more, larger, maybe faster as this was the era 10K RPM drives in the consumer space) would have also done -- to this day I have no storage space. Indeed it was a cut I made to get two cards.
I can't remember what quad core was doing at the time but given my fondness for video and then the rise of multi core encoding that might have been an idea. Never actually overclocked it for day to day uses -- fiddled with it for a while but nothing much beyond that. Also never really overclocked the graphics cards despite that being what I got them for, though the drivers did much for me there and they were clocked and built nicely enough.
2 DVDs was overkill. Did burn multiple discs at once a few times but the hard drive could not keep up if things were fragmented. I sold one to a friend and the other eventually died. I only replaced it when the xbox 360 special burning drive stuff kicked off (got one of the permaflash models before prices shot through the roof, and to this day it forms my primary DVD drive for any burning needs).
I never wired the firewire up on the front, but the front USBs were used all the time.
The case was not bad, though the plastic side wall meant radio leaked everywhere, something I found when fixing a cool old radio on the workbench next to the machine.

My case because it was too small for my gpu.

A bit larger of a case. I really like the tiny builds, but they are just such a hassle to work on and build. Just better to get some massive POS and slap everything in there. You're never going to look at the case anyway other than turning it on and off.

Pretty happy with my choices, if I really had to pick though, then case.

Wanted a good quality, big case, with good airflow & with no dancing lights or other bollocks and no window. Apparently that is asking for the world.

In the end I had to settle for a 750D airflow and buy a solid side panel to replace the window. Corsair's 3.5" hdd cages leave a lot to be desired (flimsy, can rattle/vibrate). So if there was something at the time that fit the above and didn't have shit hdd cages, it would have been nice.

Well, I finally upgraded to an i5 7600K from my i3 6100 around 20 days ago. I didn't think the Hyper 212 could handle OC, but its been able to handily and silently cope up with the 4.6Ghz OC profile that came with the mobo. Next upgrade would be to depart from my GTX1050Ti to an RX5700XT and opt for a good 1080p or 1440p display. I used to have a 1080p sceptre monitor but it sucked and as of now it has some blown capacitors and doesn't run. 900p runs decently on the 1050ti. But I have no real upgrade timeline as college is taking all my money, so idk if I will ever get to upgrade. Maybe my next upgrade will be after I get a job.

TBH? Probably nothing with my last PC build, assuming we're working with the same budget. At the time I built it, it was a "perfect" build for me, and a needed upgrade from my previous one for future proofing the kind of gaming and emulation I do.

Now if Zen 2 released when I built this in early 2017 it'd be a different story, but it didn't and Ryzen at the time was still a let down vs Intel's comparative CPUs in things like gaming so eh, nothing lost with the stuff I chose at the time.

Would have gone with a better CPU. I'm afraid to replace that part when I need to, so it would have been ideal to get a more future proof CPU. 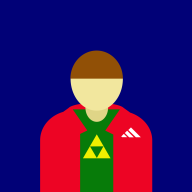 All the parts I ended up buying dropped in price a short while after I built my computer.

Also going to add peripherals to this one.

Did you get a fancy gaming mouse or keyboard, or indeed some kind of art/engineering type inputs, and not gain much use from it? Did you skimp on that and pay the price? Did you opt for bog standard and later consider it a mistake?

only my power adapter and my hdds (2 and 3 tb) arent new
Click to expand...

The thread was not about what you changed during your last upgrades but more if you did it over again is there anything you would not pick, or have picked instead?

Not get the more expensive, factory overclocked, 3-fanned graphics card and instead opt for the 1 or 2-fanned model. Too heavy, too large, too much heat generation, too much power consumption, easy to bend/break, pulls more on motherboard.

I probably would've gone with 16GB instead of 32GB RAM, and put the money towards a bigger NVME stick instead.

Other than that, there's the usual feeling of not having waited long enough for the best possible deal.

How does Temp feel about the Demoscene? what's your favorite Demoscene production?

Need help with CEMU for Steam Deck...If you have the time I have the issue LOL