What Music Are You Anticipating?

I'm sure everyone has some music they are anticipating... New artist debuts, new albums, new singles, new film or anime soundtracks. So what music are you tempers anticipating now?

What I'm anticipating the most:

Well, it's Rush for fucking sake, fucking Rush. I thought their last album Snakes & Arrows wasn't too bad, and Caravan sounds quite promising.

Well, it's a collaboration between Mikael Akerfeldt and Steven Wilson, the geniuses behind two of the biggest prog metal bands out there. It's alleged to be 'psychedelic folk' (not surprising actually), but considering the brains behind the album, it's gonna be terribly twisted and but amazing at the same time.

I'm just a casual fan of the White Stripes, but Jack White has shown himself to be a very talented individual in his various projects. Plus, Love Interruption sounds like a decent stripped-down blues number typical of Jack White.

Muse - Untitled
Release: Autumn 2012
No details have been announced yet, but there's definitely a new album coming up and they were already in the studio a few months ago. Resistance wasn't bad, though it was somewhat of a downer. But there's gonna be orchestral elements in this album, and it's going to be more electronic-centric according to Matt, so I think there's something to look forward to, even if it's just to see how terrible it is.

I'm anticipating all the damn Symphogear bonus CDs...ugh. There's a ton of them spread waaaaaaaaaaaaay the hell out, and they're going to contain all the really epic songs. Waiting sucks. I think the next one is april 25th, and no idea when the next is.

Nothing right now... because I have enough already...
But thanks for the tip on Storm Corrosion. I love Opeth, so I guess I anticipate that now.
N

The next MCR album. The upcoming Queen album. Cherry Poppin Daddies' new album. Green Day's new album. That's all I can think of for right now, but there's always more. And there's always albums I don't hear about until they get leaked.


Above link is not warez.

Nothing much in particular...maybe the new Nachtmystium that comes out later in the year. Of imminent arrivals the new Horseback and Ebon Lore are on my track down asap list...

There's only album I'm really anticipating at the moment... 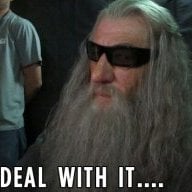 Your Favorite Films of the Year

For those of you with local music collections, what player do you use?

Atmospheric adventure title 'SEASON: A letter to the future' gets story trailer