Hacking What is the best game to extract the private header?

With speculation about possible bans, apparently caused by the use of public headers, I see as an alternative, the use of private headers for added security. (.cia's beside the point)

But here comes the question:
What is the best game to extract the private header?

In this case, I have no game, and I'll buy one for life.
What would be the most appropriate in a matter of compatibility and safety? 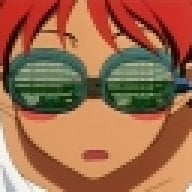 The best private headers are thoose who belong to your own games. At least its fair if you own the game at least.

Nintendo can revoke at any time their access for online service or doing more than that to your nnid.

There will be never ever something like "safe to prevent ban"!

Online / eShop = Nintendo = At the end, you will always loose

Until you do, stay clean, don't cheat online and behave yourself
Reactions: ronildo66

Above 4G Decoding - What am I missing?

@ Psionic Roshambo: Of course it's Florida lol 10 minutes ago
Chat 3