I'm on system 9.1.0/AMS 0.10.1/E and unaware if a new system firmware has been out, doing all of my playing on emunand because the ipatched Switch won't allow running things on sysnand.

I haven't touched the Switch for a while and decided to play with it today. It's been docked for a while and I haven't had the time to play it for around a week or so. When I took it from the deck, it indicated that the joy cons were low battery. Impossible because they were attached to the Switch the whole time, and the Switch was on constant charge in the dock.

When I played it on my TV afterwards, it worked for a while until indicating that the joy cons had 'depleted' and that I should remove the console from the dock. When I attached them to the console again and played it in handheld, it didn't complain (only played for like 5 mins though).

Some other things have been fishy lately, such as the console draining battery really fast when in Sleep Mode (I made sure to turn on Sleep Mode manually and overnight it would go down from 80-ish per cent to like 18%). Also, when I leave a game in progress for a few days and try to return to it later, it's frozen and I need to restart it.

Tinfoil HBGShop also doesn't have anything in it as of today, so I imagine I need to update either my firmware or HBGShop, or both?

Any idea what the problem could be?
F 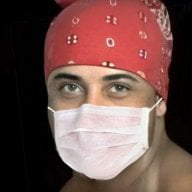 Let the Joycons charge for an hour and check if their battery voltage increased. 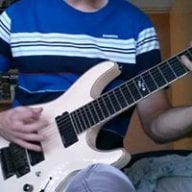 Hi! I've been working in console repairs for quite a while now. The exact problems and symptoms you're describing (battery empties reaaally fast, joycons not charging correctly) correspond to a faulty Fan connection on your switch. You could try to reseat it or buy a replacement fan online and just well..replace it.
Out of ~30 cases I've had this year so far, ~29 were having issues with their fan.
To quickly test this, you could check if your fan is working correctly.
D