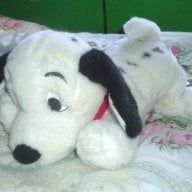 Bad news I'm afraid - it won't work, especially if you've upgraded the firmware on the Wii

I had one when the Wii first came out & it didn't work (although I'm sure it did work on some older games BEFORE I upgraded the firmware).

I contacted the manufacturer (Codemasters) & their answer was basically - "No chance. The device was built for the Gamecube & not for the Wii. the hardware is designed differently" (admittively it was many years ago & I may of forgotten most of their reply - but you get the gist of it)

I may be wrong - & perhaps some1 else can confirm this

Lucky Dearly said:
dunno if this is the right place for this topic but I'm interested in getting my Wii to work with my old AR for Gamecube for Gamecube playing use
Click to expand...

thanks, I'll give it a try.

Can a raspberry pi pico be used as a wii modchip?

Can i use a wii remote in GameCube games when my wii is hacked?

@ DinohScene: yes, do continue in feeding the google botnet, get more RAM for chrome! 5 minutes ago
Chat 6