I don't wanna create two separate threads, because I wanna kinda compare this two. I love playing card games on consoles, IMO it is a better way to actually play them and besides, you don't spend anything trying to collect all the cards.

The Eye of Judgement (PS3)

This game actually looks awesome, and the price wasn't too shabby either, for 65USD you can have the game AND the PlayStation Eye.
Altought this game kinda cheats on not actually having to buy the cards, but I've heard an read that you can actually print your own cards for multiplayer support. Single player, you don't need to buy anything else.

This one is also about controlling areas, but the arenas will have different layouts.
Looks awesome, I still don't know if it will be a retail game or a Live download, because it doesn't look it THAT advanced. Seems fun alright.

Any other card game fans? 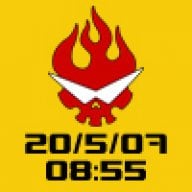 I've actually seen The Eye of judgement in action, and while it doesn't seem worth it shelling out for a ps3 it at least makes it so the eye toy actually has some real gaming potential. I do find it a little oddly paced, but fun nonetheless.

Culdcept Saga is something I can't wait to get my hands on, I've greedily ripped into the demo and I saw a good amount of potential for lots and lots of wasted hours. It would be nice to see some solid card and board gaming to make it way to consoles, with a good crack at it maybe it could even end up becoming a hit.