Hardware Tutorial Convert GameShark save into .SAV for 3in1 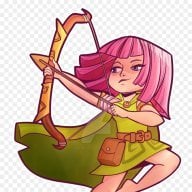 This is my Tutorial for converting GameShark (.SPS) files into (.SAV) files which are necessary for loading your save within the EZ V 3in1 Expansion Pack Tool.

These saves can easily be found all over the net so if your looking or want to download a specific game save file, you'll need this Tutorial to get it working...

(It's the latest version out ATM. Older versions WILL NOT work. Check Note VI at the end of the Tutorial for details.)

(It's the latest version of that specific GBA Emulator available for computers. Just Google the name to get to the homepage as I don't know if I can link to outside sources on these forums. If I can Mods tell me and I'll just re-edit the post and include the download link.)

(All your GBA ROMs should already be SRAM Patched if you want them to work in your EZ 3in1, but if you havent already patched them, do so using this tool before you start the Tutorial Steps...)

1) Open 3in1 Expansion Pack Tool and press ® to go into NOR mode.

2) Pick the ROM of the save that you want to convert and select the "(A): Copy the selected game" option. This will erase the NOR and copy the ROM you selected.

4) Once your ROM is loaded, turn off the DS, remove your MicroSD card from it, then load the card onto your computer.

5) Go into your MicroSD card. Copy your ROM into the same folder as the VisualBoyAdvance Emulator you downloaded.

6) Open VisualBoyAdvance and click "File", then "Open" and load up your ROM.

(Read NOTE VII on the bottom of the Tutorial for the Button Configuration of the Emulator.)

8) You will recieve a "Please Confirm Action" window that follows with "Importing a snapshot file will erase any saved games and reset the emulator. Do you want to continue?" Press OK and the ROM will reset and load with your (.SPS) file.

9) Play the game to make sure that the save works. Once thats done, re-save within the game itself.

(You are saving in-game so that the Emulator can create a new (.SAV) file with the (.SPS) file's information)

(The (.SAV) *FILE2* will now appear in the folder you have the VisualBoyAdvance Emulator in... Make sure its there before you proceed to the next step. It will have the same name as the ROM you loaded up)

11) Go back to the Emulator and press "File" then "Open" to load your ROM again.

(This is to make sure the new (.SAV) *FILE2* that was made works. When you load the ROM you will see a red statement in the bottom left hand corner of the emulator screen saying "Loaded Battery" This means it has loaded your (.SAV) *FILE2*. If the ROM retains everything from the GameShark (.SPS) file, then proceed to the next step.)

14) Put the MicroSD card back into your DS and load up the 3in1 Expansion Pack Tool. Once loaded go back into NOR mode and press the "(Y) Restore data in SRAM from SAV file" option. Right after a second notification pops up. Just press the "(A): Run" option.

Voila, your newly aquired (.SAV) file should be loaded and ready for you.

I - GameShark files are the only files that this tutorial will work with because it is the only type of files that the VisualBoyAdvance could load (other than its own native (.SGM) file format) and I don't know any databases that store those files. Regardless of the fact, with some understanding of the process and minor editing to this guide you would be able to convert VisualBoyAdvance (.SGM) files into (.SAV) files as well.)

II - In theory, you should be able to convert Pro Action files if you find either a Pro Action to Gameshark converter or if you find an emulator that supports Pro Action files. Most of the files that people download and share are GameShark (.SPS) files so thats why I decided to leave the Tutorial strictly for those types of save files.

III - You cannot use GameShark save files from Regions other than where your ROM is from. You have to make sure the save file you are downloading is the matching save for the version of the ROM that you are running. This is a crucial part to the conversion working. You will get an error in VisualBoyAdvance if the ROM and save file do not match.

(Ex: When I tried to import a downloaded GameShark (.SPS) file using VisualBoyAdvance for the Mario Kart Super Circuit ROM that I had, I recieved the following error:

The download said US but using GBATA I found out the save file was infact a EUR save. So remember that save files of ROMs are not Region interchangeable and will only work with its specific region.)

IV - Some clean, unpatched ROMs will not natively work with the VisualBoyAdvance Emulator. In this event you will want to try using your already SRAM patched ROM from your MicroSD card or if you haven't yet you will want to patch your ROM using GBATA so it will be compatible with both the EZ V 3in1 Expansion Pack and the VisualBoyAdvance Emulator.

(Ex: A clean, unpatched Pokemon Emerald ROM in my testing loaded to a blank screen in the VisualBoyAdvance Emulator until I SRAM patched it using GBATA. The ROM loaded up without a hitch in the Emulator after that.)

(Re-Saving in-game is almost always necessary in games like RPG's since those those types of games do not automatically save on the ROM until you have started the game and manually saved in-game.)

VI - Versions of Rudolph's 3in1 Expansion Pack Tool prior to 1.9d will not work as I have had some people stating that prior to the 1.9d update, the 3in1 Exp Pack Tool could not load (.SAV) files smaller than 128kb.

(It is crucial that you use 1.9d and above because the save files that you get out of the VisualBoyAdvance Emulator are 64kb. This is not a problem as when you load your (.SAV) file into 1.9d and use it, it will convert itselt to 128kb when you save in-game.)

VIII - It has come to my attention that the later GBA GameShark models saved in the (.GSV) file format. While searching around on the internet I found a method of converting these (.GSV) files into (.SAV). I am in the process of testing out this method and if successful I will either add it to this Tutorial or make an entire new one just for that. Stay tuned for updates.
D

The 3in1 Expansion Pack Tool requires save files to be 128KB (at least it did last time I checked). By default, VBA saves are 8KB or 64KB.

I wrote a little Windows utility that will automatically pad save files to the correct size. You can download it here: http://gbatemp.net/index.php?download=1354

I wrote a little Windows utility that will automatically pad save files to the correct size. You can download it here: http://gbatemp.net/index.php?download=1354
Click to expand...

I have specifically tested this in the past, and the 3in1 Expansion Pack Tool failed to load 64KB save files. I don't remember how long ago that was; that issue may have been fixed in a more recent version. I'll test it again and report back.


Edit: Version 1.9d of the 3in1 Expansion Pack Tool will load 8KB and 64KB save files successfully.

Good call mate, thats probably why I never ran into that problem myself. I started using Randolph's 3in1 Exp Pack Tool at version 1.9d.

Need help to extract the .sav file from a .esv created by EZ Flash Omega