-Yes I'm new to the forums, but don't claim me to be whatever-

*What happened to my DSi so I got that Error?

-Since the Flashcart's can not access the DSi-Mode yet(DSi Mode means using all the Hardware, the DSi can offer), and are only using DS Mode (They're using it only as a DS, which means parts are blocked and the flash memory stores other values than normal), weakly coded Applications do keep it in the bootloaders memory when being closed in an iregular way.Those Applications do basically use fast but insecure and instable read/write functions, but i won't go any further now, since most people that do read this Tutorial do only want to fix their DSi's.

So Here We Go:

Step 1) Make Sure you got the Error . Should look like this:

Step 2) Start your DSi and wait until the Battery is empty. (Having an empty Battery lowers the time to boot up . The Ds got two internal flash memorys that are both damaged when you have this error. With the low Battery the resetted one gets loaded while the other can't in the same speed)
Step 3) Remove the Bolts and extract the Battery for around 1,5 hours.Why we did this? All the Electricity needs to be out of the System to make sure it's only getting the Bootup Information from the Chip that got resetted and not from the other, if the other one could send it's information, we would still have the Error.
Step 4) Reinstall your Battery.
Step 5) You need to be fast now: Insert your Flashcard, and start your DSi.Start the Application you used the last time, before the Error appeared and close it legitly. In case off the SuperCard DSTWO SNES Emulator, just press the Exit Button. Other Flashcards like the R4i need to be soft resetted to the flashcard's menu, and need to boot up some game's rom.
Step 6) -Not Necessary but just feels a little more safe- Format your NDSi.
Step 7) Charge your Battery and enjoy playing your NDSi Systems again.


Copyright to Yo123, do not repost it without permission.
Just ask me and it's fine.

Sorry For The Doublepost, but i want to keep this kinda clean.

Know Applications To Cause The Error:

You made double-post here and in SuperCard Forums. You can´t edit your message?
Y

The List of Programs that can cause the error would get lost under the tutorial. so in order to make people actually seeing the list there was some kinda workaround needed. 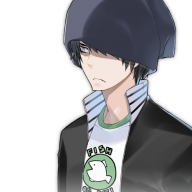 Learn to use the edit button so you don't need to double post.
Y

void03 said:
Learn to use the edit button so you don't need to double post.
Click to expand...

actually i do know how to use.

why don't you try to get the logic behind?

if there won't be any senseful comments, i'll be deleting the tutorial.
not thanks farming, but just something constructive
S

@yo123'
Thx for your thread. I have got a dsi with the same error code. I do not know what cart was used when the error occurred, can any game be used to reset?? Thx
skinback

Holy necropost. I doubt that user is even still here.
Reactions: slaphappygamer