Hacking trying to get save files to the wii u?

So I have a couple wii games (Naruto clash of ninja Revolution, DBZ tenkaichi 3, and Mario kart wii) that I would like to just have 100% save files for. I already unlocked most stuff in the game, but the stuff I have left to unlock I haven't been able to in years so at this point I would just like a save file that had it all unlocked so I can enjoy the characters and items I haven't unlocked yet.

I got an 8GB SD card, but I am not sure how to go about putting the save files onto the card. I read that you need a certain file structure, and that you need to have a save file already on the card, but I tried putting the card into the wii u, and the wii u just saves everything to the internal memory instead of the card! How do I get these .bin save files to the SD card and then have the wii u read them?
V 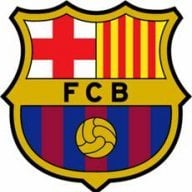 is that a program I download? I'm pretty new to all of this

And this one to restore them on vWii

You have to rename the dols to boot.dol and put them in SD:/apps/savegamemanager to use them on HBC. If you like, you can add icon.png and meta.xml:

If you haven't hacked your vWii and don't want to hack it, the System Transfer is your only chance.
V

what I am trying to do is this:

I downloaded .bin save files of DBZ tenkaichi 3, mario kart wii, and Naruto clash of ninja revolution 3 to my PC, I want to put them onto an SD card and then put that SD card into my Wii U so that I will have everything unlocked in each of those games (I downloaded 100% save files. I had already unlocked almost everything in the games, but I have to admit I don't have the time to unlock the last few characters in each game) My Wii U is not modded, and I really do not want to mod it if I can help it. I just though there would be a way to put these saves onto an SD card and then the wii u reads it 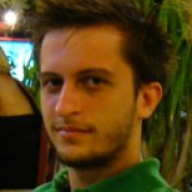 You don't need to softmod your wii u for that. Here's what you need to do:

To get the necessary save structure in your sd card:
- Insert the (FAT formatted) SD card in your Wii U and open the Wii Mode (or vWii)
- On Wii Mode (or vWii) go to Settings and then Data Management
- For each game you mentioned, if you have created a save file, you will see an icon. Select the icon and choose Copy. This will make a copy of the game's save file in the SD card
- Repeat for every game you want
- Remove the SD card from the wii

Replace your save files with other save files (100%):
- Load the SD card on your computer (I assume you know how to use an sd card reader)
- Browse the sd card's contents and go to /private/wii/title and there you will find a directory for each game you processed. You will not see game titles but rather game ids (e.g. RM8E or RZTE). Google each id and you will find which game it corresponds to.
- Finally, in each game's directory you will see a data.bin file. Replace those with the ones you got from the Internets (the 100% ones) and you are good to go. Note: Actually, it would be a good idea to take a backup of the old save files in your PC instead of just replacing them, in case something is wrong with the ones you got from the Internet.

Put the new save files in the wii:
- Put the sd card back into the Wii and go to Wii Settings and Data Management again
- Select SD Card at the top right of the selection screen and it will list the save files for the games you have in your sd card
- Copy or Move those new save files into your Wii
- Enjoy your new save progress!
V

ok cool, thanks! I will try that!

Hacking wii u save files

injecting a save file into a Wii U VC game without CFW or Homebrew. Is it possible?

How to transfer saves from original wii to vWii

@ Veho: Two in the jinkies, one in the stinkies. 19 minutes ago
Chat 2