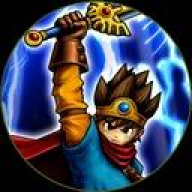 Looking for interest hackers or people fluent in Japanese.
Please post if interested and what you could offer.

Please don't spam this topic to say you are excited. Or ask about progress.
Thanks, hope to hear back from some of you brilliant minds out there.
Reactions: chrisluna413
N

The real question is what you're bringing to the table. People won't just hop on board if your role boils down to "person who thought we should do a translation".
Reactions: sandytf, MarkDarkness, chrisluna413 and 3 others

I worked on dragon quest 3 for snes. The fan translation anyways, and we released it.
This project is well underway. I personally am a developer who has been making tools to assist.

I am merely looking for more people who can offer assistance as this game has a massive script and may take a significant amount of time to get done with the current team size and time we all have each week.

I do not speak Japanese but have already translated a lot with an automated Ali translator utility I've written and verified and edited with the dragon quest world naming scheme.

Again, we need more people.
My team has not made an official announcement yet on the project to the public so I'm trying to not divulge all information in a public thread just yet.
Reactions: chrisluna413, Celice and FencingFoxFTW 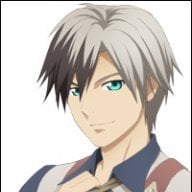 IIRC there already are some people (Dragons Den or sth like that) translating the game (I dont how how far they are or if this project is still ongoing)
Maybe if you didnt know of them yet you could ask them?

I am one of them.

We are still looking for more people who love this series to assist in the translation. There is a lot of dialog. The more help given the sooner well be able to play it. There is minimal having left to do. Just translating. Menu and general text is beating completion
Reactions: chrisluna413
O

Wow a useful response would be great. There had got to be some hard working people out there or talent to assist 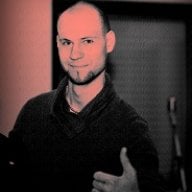 Hey Guys. What about Dragon Quest Monsters: Terrys Wonderland? It would be awesome, if you guys going to get a translation to work :-)

That is something I am interested in, but it's going to take forever with only 2 guys.
I made tools to auto translate using Google and Bing, and it just requires proof reading and some editting.

Im not recruiting only those who know japanese

Helmax said:
That is something I am interested in, but it's going to take forever with only 2 guys.
I made tools to auto translate using Google and Bing, and it just requires proof reading and some editting.

Im not recruiting only those who know japanese
Click to expand...


well even if google translations aren't so accurate, if you get the general meaning of the sentences
it should allow you to play it
(we could also look for some translaters in the manga community ... )

If its only google autotranslated, i allready would be damn happy. I tried it, playing the JPN Version while looking at my browser window at the pc. But thats just damn umcomfortable and sucks, cause you cant do anything without the browser. Thanks for your upcoming work ;-)
I

How about generating a Launchpad project and allow the "community" to translate it?? :/

stupid question is anything different from the psx version?

@ valyr: Interessting question. If Terrys Wonderland have the same text as the Original, when it would be much easier to translate. Too good to be true ^^

Both versions have LOTS of differences, including things like streetpass, online functionality, etc.
I dont know what Launchpad is, i'll have to take a look.

I built a tool and am only auto translating as we get to it, as each month has a data cap for the translate APIs per key (not IP/user) 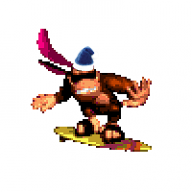 Terrys wonderland 3D I've been doing my own little project not actually rom hacking simply translating screenshots of various things in the game and text translated.

https://gbatemp.net/threads/dqm-tw3d-translation-w-pictures.384697/
but I just contacted the administration to see if it can get moved to this thread. "Rom hacking ,translations" I hope DQ VII gets completed I love the series.
Reactions: Helmax

Blark: Thanks so damn much for your work. I gonna try it right now :-) This game is just too good for dont get played ^^

Why not just, in the meantime, duplicate the PS1 localization and then work on translating the new content/script as time allows?
Reactions: TemplarGR, michelthemaster and upfromtheskies
A

just curious, how are the japanese characters/text stored in this game?

olfa said:
well even if google translations aren't so accurate, if you get the general meaning of the sentences
it should allow you to play it
(we could also look for some translaters in the manga community ... )


That's essentially what I'm saying, but I need people willing to
put the man hours in outside of myself.
I built and will provide the tools, just need the workers.


Arkansaw said:
just curious, how are the japanese characters/text stored in this game?
Click to expand...


UTF-8 for the most part.
Had to decrypt one of the file formats, but it was fairly simple.
People that worked on DQM:J2 for DS helped with that.


Celice said:
Why not just, in the meantime, duplicate the PS1 localization and then work on translating the new content/script as time allows?
Click to expand...


That would be a great idea, if I hadn't already thought of that and tried it!
I have the full DW7 PSX script dumped, and yes its in english.

The problem is its formatted completely different, and nothing lines up.
For instance, the DIALOG portion of DQ73DS, the very first file, is the very first story scene, and they are in different formats in different folders.
Everything is just mixed together with DW7 scripts, and I have yet to take the time to figure it out.

Additionally, there are new features and changes in this game that didnt exist in the other one, with extra dialog, new/missing characters.

Without the japanese script to somehow compare to, and that one doesnt like up with DW7 either, this idea ends up not being that great.
However we have it as a reference