Gaming To Mod or Not to Mod

Anyhow, I thought I'd gather some opinions from my fellow PSP brothers and sisters.

I currently have a modded White slim PSP and I couldn't be happier.
I'm trading a guy some unused Wii games for an unmodded phat PSP.
I will keep it for a bit, let the kids play with it, but I'm intent on selling it on eBay.

My question is... Do you think a phat PSP would fetch MORE or LESS on eBay if it was modded?
The second part would be... Should I post it on eBay as a package with a bunch of low demand games or just the unit itself?

So what do you think?

If you blatantly advertise on eBay that it is modded they might take your auction down. But you might be able to fetch a few more dollars if you can sneak it in there.

Like Blueskies says, If you state its modded it might get taken off, but if it doesn't you'll get more. Lastly, I'd include 1-2 games with it, (Makes it look more appealing) 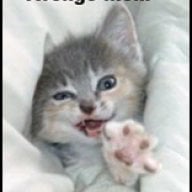 more money to you if sold seperately

I would add the games since you have no use for them anyway. Also, don't mention it's modded in the title, but I would throw it in in the description though. The main reason why people get PSPs nowadays is because they want to hack it.