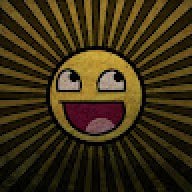 I recently put in a oled hwfly chip on my oled and it worked flawlessly for a couple days. I did not have a big enough sd card at the time but I was a able to get a full backup of the emmc via hekate in 30 2gb parts.

Fast forward 2 days and a 128gb card later, I pop it in the switch and try to make another backup (so it's not in 30 parts) and I get a "failed to init emmc" error. Curious, I took the switch back apart and looked around and didn't see any shorts or anything around the chip. I tried unplugging the modchip and get a purple screen. I used an original dat0 adapter for the emmc and that was solid with the correct diode reading. This switch was sitting on my desk for those 2 days. No shock or drops.

I had another dat0 adapter and swapped it out and that was able to get it to work again. I made a backup of the emmc and transferred it to my pc. Loading the sd card back in the switch, I get the same error code for the emmc. Purple screen with no modchip. Once again, correct diode reading and no shorts that I can see. I'm curious if anyone has experience with this.

I'm assuming something is causing some sort of short under the emmc chip so my next step would be removing the dat0 adapter, unplugging the modchip and see what happens.
Sort by date Sort by votes
D

Verify the CLK, CMD and DAT0 lines, using both diode mode and by inspecting the joins (except DAT0).
Install pictures can help.
Upvote 0 Downvote

I seemed to have shorted and knocked off the cmd resistor. That line breaks the emmc and results in a purple screen. All fixed up but not sure why it died to begin with.

Thank you for the help.
Reactions: kerelenko
Upvote 0 Downvote

Hacking HWFLY eMMC error on Switch V2 after soldering it

@ DEMONGreninjaPG: no one cares 10 minutes ago
Chat 2