Right so I was drinking water yesterday when I suddenly started coughing and unintentionally let go of the bottle. I managed to spill around a quarter of a cup (or a handfull) all over it while it was on. The first thing I decided to dobwas hold the power button to do a quick shutdown before the system malfunctioned. Unfortunately I couldn't do that in time and saw a blue screen of death right before I turned it off. Like I said earlier, it wab't much so after wiping it all off and properly drying all visible traces of water (as well as under the keys), I proceeded in turning it back on to check if the major freakout I had was worth it. All the LEDs lit up and there was the sound of it being turned on, then it all just stopped and kind of died. Oops.

I left it for a whole day. When I tries to plug in the charger, the charging LED wouldn't light up. After a while i tried again and it did light up, which is good, but now it won't light up anymore again. I'm almost sure it's fully dry. Turning it on will result in all the LEDs lighting up followed by the fan spinning, however I feel COLD air which is wrong and weird. It stays like that for about half a second before dying. It's the same every time. I am aware of my ridiculously idiotic mistakes. The issue is that I don't intend on sending it as the hard disk pretty much contains my life and also I've got an awful lot of work for which I will need the laptop. It has weird screws and i unscrewed most of them except for one particular type I've never seen before. This stopped me from being able to open it and currently do not know what to do. Please help out. Thanks a LOT and do excuse my typos. I'm on my droid now.

When you think it's dry, most of the time it's not.

Your best bet would be a full breakdown. Disassemble it as much as you can, and leave it out to dry for a full 24 hours.

After that, put everything back together and try again, if that doesn't work, your laptop may be fried.
Reactions: 1 person

Lucifer666 said:
Like I said earlier, it wab't much so after wiping it all off and properly drying all visible traces of water (as well as under the keys), I proceeded in turning it back on to check if the major freakout I had was worth it. All the LEDs lit up and there was the sound of it being turned on, then it all just stopped and kind of died. Oops.
Click to expand...

You fried it. You never turn electronics on when you are unsure if they're wet or not. Some of the water likely got past the keys and onto the MB, causing a short circuit. What you were supposed to do was removing the battery immediately, wiping the laptop, then taking the whole case off and drying it thoroughly. I'm afraid that your best bet is sending it in to a certified service point. Of course, do forget to mention that it was wet at some point.

Yeah water's not the direct killer, it's when people try to turn something on when it's wet that it dies.
Reactions: 1 person 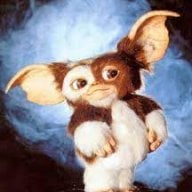 Try sealing it in a bag with rice. The rice absorbs the moisture.
Managed to save my friends laptop (HDD was gone though).
Still going 1 year later.

Or to combine earlier advice, disassemble it then seal it in a bag with rice.

Sometimes using.. what's the name of it? Rubbing alcohol? The electronic-friendly one that dries a minute after used... use that, and it can help dissolve and clean any dirt or stuff from it.

It turned on, blinked a few times, died and refuses to turn on since then - I think it's safe to assume that some components are fried and no amount of drying it up will help unless someone checks what's up with it.

Can you believe it? I actually haven't used a laptop/desktop computer since. My iPhone's keeping me alive though.
Anyway last night I dropped my laptop off to a laptop repair centre, only explaining that it randomly wouldn't turn on anymore and that, while I'm at it, I'd like some keys fixed/replaced as well as all greasy buttons/surfaces taken care of. Odd thing is he looked at my laptop for around 5 minutes then told me to pick it up on the 18th, which just happens to be tomorrow. I wonder if he'll call and say it can't be repaired. It's sad; I really ended up liking that laptop, despite it being a slightly outdated secondhand.

S
Switch seems to be dead... is there any (for a technological noob) chance of saving it?

Please Help... I have a ps vita phat that was stock for a long time, wont charge, wont turn on...