Hacking Some issues with the usage of a NTFS drive 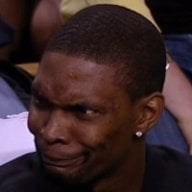 I bought an used PS3 Slim with Rebug. It seems to be working just fine.
I do have an issue, though. I'm talking about loading a NTFS external hard drive. I never used one before, but I want to use it now since I have limited space on my internal hard drive and some games have 4GB+ files. So, I put my collection of PS3 games in ISO format into the folder PS3ISO (I converted it to ISO with PS3 ISO Tools and using makeps3iso).
I made a USB.CFG even though I'm not supposed to need it. Tried that PFS method or whatever, doing the Start + Triangle combo. Nothing.

The thing is that the hard drive loads, but only when it feels like it. So, in average that would be one out of five tries. Until I get it working both mmCM and WebMAN + prepNTFS just don't show it at all.
When the hard drive DOES load, the games work flawlessly and without any slowdowns.

Anyone got a suggestion? I would greatly appreciate it.
Last edited by SWATlozar, Jan 30, 2018 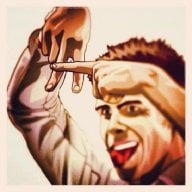 Not enough power from the HDD to your PS3.

afriboy3072 said:
Not enough power from the HDD to your PS3.
Click to expand...

Oh yeah, I forgot to mention. Initially I also thought that the HDD didn't get enough power since it started appearing while I charged my controller, but that wasn't the issue.

I got it solved by getting a completely new hard drive case. I think there were some issues with my previous one, such as random disconnects, it refused to load sometimes etc.
So yeah, it works perfectly now. Played it for like a month or so. I didn't encounter a single issue besides a tiny issue when MultiMan freezes my console if I keep the HDD plugged in, might be a bug with either MM or my HDD (or both). I unplug the HDD and replug it back when MM starts booting up. It works fine afterwards.

I hope this might be of some help to any of you. Cheers.

EDIT: Also forgot to mention that I formated the HDD to FAT32. Spent a whole day copying the stuff. I didn't know you could split ISO files and play games directly from the HDD. Now it loads straight after booting up the console.
Last edited by SWATlozar, Mar 5, 2018