So, what could a softmod offer me? 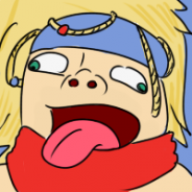 I got given a original model XBox yesterday with a few games and a couple of controllers. Other than the Doom games, I don't see myself using it much since local stores have been clearing out their inventory for over a year now leaving little to pick from, and I don't buy online. This also limits me to using the hotswap method if I do this (unless there is a local here willing to send me what I'd need for the hacked save method), which isn't a risk I'd take without plenty to interest me first. 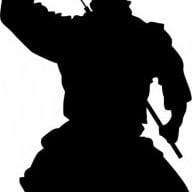 You could make it a media center with movies, music, or internet connectivity. Case mod it to look awesome like mine . Emulators, a must I believe because they can all be accessed just like a pc, but on a BIG tv . Burn the games directly to the hdd. Have it run linux if you like. Really there are many things you can do, it just depends on what you enjoy and what would benefit you most. It's really not a difficult process either.

Oh, I'm sure its easy enough, it just sounds risky.

What kind of emulators could I expect to play on the system?

Pretty much everything up to n64 I believe. I think there are ps1 emulators as well, but last I saw one it didn't run perfectly....that was years ago though. If you just wanted emulators you wouldn't even have to upgrade the hdd most likely as they typically have a small file size.


286/386 - DOSXBox
A 286/386 emulator that emulates old dos games such as commander keen, jazz jackrabbit, all old apogee games and basically any other game that can be run in dos.

AGI Sierra - SarienX
A Sierra AGI interpreter engine that will play many of the old Sierra adventure games including Leisure Suit Larry 1, Kings Quest 1, 2 and 3 and others.

Amiga - WinUAEX
An amiga emulator by xport, better than uaex

Arcade - MAMEoX128 Plus! or BenderMameOX HSFII Edition
An updated version of MameoxVMx. This emulator is also one of the main reasons for getting a 128MB ram upgrade (this emulator works fine on 64MB XBoxs too). MAMEox 128 Plus! has many updates including updated NeoGeo/CPS drivers, IPS support, and much more. It even has complete RomCenter and ClrMamePro DATS to audit your ROMS. BenderMameOX HSFII Edition features added drivers for Hyper Street Fighter II The Anniversary Edition and, best of all, light gun support has been fixed!

Atari 2600 - Z26X
Better compatibility than Stella and as of v5 it now supports save states and rewind.

CPS3 Arcade - CPX3
Plays Capcom Play System 3 arcade games. Currently has some issues with slow down due to the limitations of the XBox hardware.

Killer Instinct 1/2 - KI-XXX (based on U64-X)
Emulates the games Killer Instinct 1 and 2. KI-XXX does not run from disc, but there is a version of this emulator by Likklebaer floating around that does. It is not available at the usual place though... and don't ask where to get it on the forum!

Mac Plus - Xmac
Xmac is an XBox port of minivac, a Mac Plus emulator. Ported to the XBox by Darcelf.

Neogeo/CPS1/CPS2 - Fbaxxx or FBAXXX Pro
Absolutely the best Neo Geo emu on Xbox. With the capability of playing the majority of Neo games almost flawlessly, AND being able to play Capcom's CPS 1 and CPS 2 arcade software, this is an essential emulator for your Xbox. FBAXXX is the primary emulator on which Gogo and the Logic Sunrise team work. FBAXXX Pro is based directly on FBAXXX and incorporates the latest drivers, support for more games/clones, and attempts to keep up with the latest ROM sets. As a result, FBAXXX Pro should only be used by individuals who don't mind updating some of their ROMS with virtually every new release. The original FBAXXX doesn't change ROM sets so each new version normally works with all the ROMS supported by previous version. Unfortunately FBAXXX is not currently available at the usual place. You will have to track it down yourself.

Nintendo Game Boy Advance - XBoyAdvance
Not only does this play GBA pretty damn well, but it will also play game boy and game boy color as well. On the GB and GBC you can also play split screen system link

Odyssey 2 - OdysseyX
Port by xport that emulates the Odyssey 2.

ScummVMx - A emulator for several classic point-and-click adventure games such as Monkey Island, Sam and Max, Full Throttle and Beneath a Steel Sky.

Sega Genesis/32X/CD - NeoGenesis or Xenesis
Choose either Neogenesis by xport or Xenesis by Carcharius, both support 32x and sega cd emulation though its said that xenesis plays sega cd better. Both basically have the same features but neogenesis has more configurable menus and has the ability to overclock sega genesis games. You should get both and choose which one you like.

Sony Playstation - PCSXBox
The only Playstation emulator for the XBox (excluding any run on top of Linux). Plays many games very well.

Spectrum - DidntXSpectrum or FuseX
Two Unix Spectrum emulators based off the same FUSE emulator source code. The DidntXSpectrum port of FUSE was done by Xport and FuseX by skratchy.
note: I don't have any personal experience with either or these two emulators, so if anyone has any input on anything I should add to their descriptions please let me (Thraxen) know.

Super Nintendo Entertainment System - Zsnexbox
ZsnexBox is a port of the windows emulator ZSNES. It features fullspeed emulation, excellent sound, excellent compatibility, and many features the PC port doesn't even have. It supports the Xbox lightgun or the gamepad for Superscope games, force feedback/rumble on a per game basis, cheat searching, PAR/Game Genie support, 3 built in cheat databases with over 10,000 cheats/tips/codes, full HD support, DSP4 emulation, an enormous amount of options that can be tweaked, a built in music player supporting several classic video game formats (Genesis, SNES, NES, etc…), and comes with 3 excellent skins by Neverwill. This is the best SNES emulation experience to be found on any console. For the very few games that Zsnexbox doesn't support, xSNES9x is your next bext bet.

Thomson TO7-70 - Xthom
Xthom is an XBox port of Thom, a Thomson TO7-70 emulator by Sylvain Huet and Eric Botcazou. Ported to the XBox by Darcelf.

Watara Supervision - SupervisionX
An XBox port of Potator, a Supervision emulator, by Xport. Description from Wikipedia: The Watara Supervision was a monochrome handheld game console, originating from Hong Kong, and introduced in 1992 as a cut-price competitor for the Nintendo Game Boy. It came packaged with a game called Crystball. The console had a slightly larger screen and larger buttons, and its games sold for far less than the Game Boy's. The games were not of high quality, and the console did not sell well. The original design for the console changed significantly through several iterations, and the last Supervisions were sold in 1996. The Supervision was marketed by several different companies around the world and under several different names, including Quickshot Supervision and Hartung SV-100.

Wonderswan - WonderSwanX
Plays most games at decent speeds but i've still seen alot of games have a slow down in them.

Vectrex - Xvectrex
A port of vecx, a GCE Vectrex emulator. Ported to the Xbox by Darcelf.

Virtual Boy - VirtualBoyX
A port of the Red Dragon Virtual Boy emulator. Ported to the Xbox by Xport.

Edit: This list is dated, so there are most likely more out currently. This is a few years old.

Now some of those are very tempting. Thanks for all the details.

No problem, and good luck. If you need any assistance, this forum will be priceless to you. Take care. 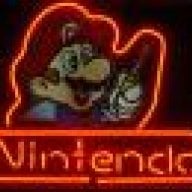 This might be a little late but here is a video example of some of the things a modded Original Xbox can do once modded.
http://www.youtube.com/watch?v=jH9FM_rXZyI&hd=1
I enjoy CoinOps & XBMC the most out of everything.