Hacking Should I hold off on getting a Supercard DSTwo in favor of waiting for the DSTwo+?

I'm looking into Flashcarts I might want to pursue and it looks like I might have hit a bit of snag.
I'm wanting to play GBA games on the 3DS through a Flashcart. It looks like, according to the 'Which Flashcart Should I Get' thread, that of the Flashcarts compatible with the 3DS only the Supercard DSTwo can allow you to play GBA games through emulation.

So the Supercard DSTwo has just been discontinued in favor of the Supercard DSTwo+ that's coming out soon. Does this mean that the DSTwo could become unusable on a 3DS due to the lack of firmware updates for the Flashcart? Or are there other options for playing GBA games on the 3DS? 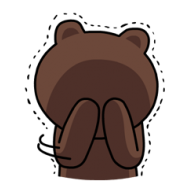 We don't know when the dstwo+ will be released, just get a dstwo instead!

it would not surprise me if the dstwo+ was just some long winded april fools joke at this point
in any event, the regular dstwo's are hard to find right now so its up too you if you can even find one to buy it or wait