I usually do not post news cause im usually the last to know. But i used the search function and i seem to have stumbled over something new. 5th cell, who released Lock's Quest and Drawn to Life, are releasing a new game where you are given a puzzle. The way to solve the puzzle is up to you. you type in a word and the item you type appears. thats right, anything you can think of. here, Read.

"Scribblenaughts is an ambitious project whose premise has you writing words to solve puzzles (collecting “Starites”) on levels. The hook though is that you are supposedly able to write anything and what you write will come to life and be used in the game (the game will automatically know what to do with the object).

It’ll be really interesting to see how far they take this premise and if you can truly use any word. I imagine that there are limitations or words that the game won’t recognize.

Either way, here is a trailer for Scribblenaughts exclusively for DS."

Yeah there have been various threads about this game.

So not news really.

And uh... not to be a douche, but it's actually 'Scribblenauts'.
I

War said:
And uh... not to be a douche, but it's actually 'Scribblenauts'.
Click to expand...

Hence why the search function probably yielded nothing for him

As for the game it looks interesting but I never even bothered to try the Drawn to Life series.. and this one just looks like it'd be real restricted... 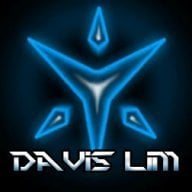 cool game graphics....i'll try it out after I'm able to complete my current games n removing them....coz i only had a 1gb memory

War said:
And uh... not to be a douche, but it's actually 'Scribblenauts'.
Click to expand...