All I wanna do is, to get my customs which I was happily playing on RB2, to work on RB3. with the SD card support, I think at the end of the day that's what most of us wanted, to be able to put more songs!

First off I'm using a PAL system. I used to play an NTSC RB2 (i blame terrible PAL distribution for RB2) but now that RB3 is released in PAL that's what I'm using.

found some tricks in the uLoader thread, used Rawk3 to make my customs as sZXP. All installed this into my SD card. booted up RB3, the game detects the songs, but is unable to 'load into system memory'. I understand that this is due to the lack of a ticket. So the question is, how do I get a proper ticket!

I tried hex-editing the cRBA ticket file, editing sZXP in there, then used a wadpacker along with the 000.bin (from the private/SZXP folder on sd card) to create a wad to install, and hopefully insert the ticket into the NAND. didn't work as well.

anyone have any ideas? i'm probably going at this all incorrectly 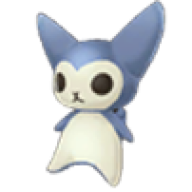 Not going to work, needs a new RawkSD.
P

well it was worth a shot!