Remote Play is a cool feature that lets you access the content on your PS3 via Wi-Fi, the content is displayed in the PSP screen rather the TV. Basically, the PS3 converts the output to AVC video and broadcasts it. The really useful thing is the fact that you can actually do it using an Internet connection, you can even configure this feature in a way that the PSP can actually turn on your PS3 if you enable the Remote Play option.

While there is some delay actually using it through the Internet, you can almost not notice the delay if you are not (using a direct link PSP-PS3 using Wi-Fi, in, let's say, your own home).
Gameplaywise this feature is not much help, who would want to play Lair with your PSP if it lacks two analog sticks and the motion sensor?, and besides, Lair is the ONLY PS3 compatible game with the feature.
Other compatible games are some PSN games and all the PSX games.

The real use is the fact that you can actually watch videos and pictures on the small screen, for movies for example, you can display a lot more formats on the PS3 than the PSP so you can easily watch any new DivX releases via Remote Play. Off course, you can also stream music and browse the Internet with the superior PS3 browser.

All in all, is a nifty little option, I'm pretty sure the features will expand with the release of Home. Only time will tell. 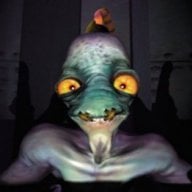 I use it to start up downloads when I'm working on Thursdays.
K

I love watching movies from my psp straight off the ps3. If only it could stream dvd's but hey you can't have everything you want.

J
Question about running Android on Switch for remote play over LAN.