I just found out the cool stuff about remote play on my Vita.(Final Fantasy VII ftw.!) But I have a question, I am sure it has been asked before but still I want to ask it.

Will it ever be legally possible to play Full PS3 games on my PSV over remote play?

With a PS3 jailbreak it is possible but I really want to play FF XIII on a legal way on my Vita. ^^

Only games that support remote play will. If the developers don't support it, it ain't happening unless you hack your PS3.

but
Sony should be able to set to so if is not enabled, a warring message show saying something like,
"RP might now work right with the game", "still run the game?"

so RP can still work, but there maybe some problems, with some game 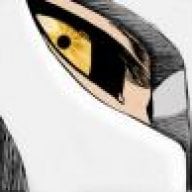 How is playing a game you own illegal?Your just using annother application to start the game.Im pretty sure JBing ps3 is legal anyways.

Gaming Can I use a hacked vita and still use remote play from a ps4?