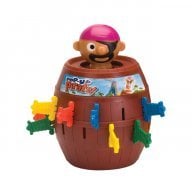 I am bravely attempting to join the PS4 Hacking community by loading Gentoo Linux on my PS4 Pro. However, I am running into trouble booting after the first successful boot. I come to the error in the image shown, and have no idea how to proceed.

I am following the popular tutorial by ModdedWarfare.

The result is the attached image.

I would point out that the PS4 afforded one single boot into Gentoo, which ceased to work following this golden moment of triumph.

Can anyone suggest what I am doing incorrectly?

PS. My apologies, as a new member I cannot post links to the files I am using. All of the information about what I am using can be found from Modded Warfare's video ''(EP 13) How to Run Gentoo Linux on a PS4 (6.72 or Lower)!", available on Youtube.

Did you type "resume-boot" and pressed Enter?

someonenotyou said:
Did you type "resume-boot" and pressed Enter?
Click to expand...

No I didn't: when I connected the keyboard, the PS4 powered off.
S

Thanks for this. I tried unplugging the USB-SSD as suggested, but it crashed immediately. I also get a crash as soon as I plug in any other USB device other than the USB-SSD while booting.