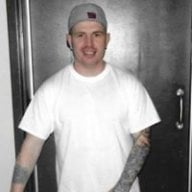 Can anyone tell me how I can play GBA games on the tv? I had heard there was some after market products available.
Thanks!

Totally not related, but does anyone know if GBA has Call of Duty?

Tommys_Girl said:
Can anyone tell me how I can play GBA games on the tv? I had heard there was some after market products available.
Thanks!

Totally not related, but does anyone know if GBA has Call of Duty?
Click to expand...

Search "GBA Consolizer". There is also the Gameboy Player adapter for the Gamecube.

And yes, there was a CoD on the GBA, and it was quite impressive. Really pushed the system to its absolute limits.

The official option would be the Game Boy Player for the GameCube, though the official software is known for being... Lacking. There's a decent homebrew alternative but obviously you still need the adapter thing to use it.

PityOnU said:
Search "GBA Consolizer". There is also the Gameboy Player adapter for the Gamecube.

And yes, there was a CoD on the GBA, and it was quite impressive. Really pushed the system to its absolute limits.
Click to expand...

Thanks! Do you know where I could purchase the COD game for GBA?

Tommys_Girl said:
Thanks! Do you know where I could purchase the COD game for GBA?
Click to expand...

Didn't we sort this on IRC the other day?
There is no version of Call of Duty for the GBA. First portable COD was the DS version of 4.
For commercial games if it does not exist on http://www.advanscene.com/ then it does not exist. Anything undumped at this point is usually something along the lines of unknown later release version of a non English European puzzle game for kids, or unique bits of hardware like the pokemon distribution carts. https://wiki.no-intro.org/index.php?title=Undumped_Games_Lists#Game_Boy_Advance if you care about that sort of thing, also a few bootleg type games ( https://bootleggames.fandom.com/wiki/List_of_Undumped_Games#Game_Boy_Advance ).
The link you had was for one of those create a boxart for a game you would like to see/would be amusing type deals. As it was also a version of 4 then that would have meant it coming out in late 2007 with the main release and the GBA was pretty much done by this point (more or less only kids film tie in games at this point, last remotely "adult" oriented offering being a surprise translation of yggdra union in late 2006, or maybe the Final Fantasy 6 advance release outside of Japan in early 2007), and the DS was very much kicking after a slow start and about to enter one of the best years it had.


As for the question of the title/opening post then officially for anything you stand a remote chance of finding you have the GB player that will hook up to the gamecube. You need to have the disc to play it and many cheaper listing will not have it. That is OK though for, as mentioned, the official software is not up to snuff and we suggest you will also want to hack the gamecube to run https://www.gc-forever.com/wiki/index.php?title=Game_Boy_Interface . You should be able to launch it with a hacked memory card (find a friend with a hacked Wii, sadly the GC player will not work on a Wii), instructions on the link though for the various options. Also annoying is you will need an earlier revision of gamecube to use component cables, and the official component cables are crazy rare and thus expensive, the unofficial cables are now being made (they are not simple wires but active chips) but still quite expensive.

I am not aware of an video out mods like we saw for the DS and 3ds -- the GB player being so easy to find and emulation being of such high quality from... actually before the GBA was released in most of the world means nobody has really gone there. Further on the "remote chance of finding" thing from above there was an officially licensed GBA built into an in car home entertainment thing at one point, don't know if it had a video out though and its controller was not good.

Unofficially if a straight emulator either via a laptop plugged into a TV with HDMI, something like a raspberry pi or a hacked console doing the same will not do it then most of these devices are still emulators, just emulators attached to a GBA cart dumper. Said devices will typically* not play nicely with flash carts either as all but the older styles flash carts set up in a very basic way work slightly differently to 99%+ of official games.

*there might be one out there that is a true hardware recreation. I don't know which ones, if any, they might be. Most times said hardware recreations happen they are also dogged by other issues as well, not that standalone emulation boxes don't have their issues.