Now my friend apparently hates me

Well first this is in relation to my other blog post:Just Realized, I've lost my best friend.
This is a continuation.
So I still haven't seen my friend, he had his birthday on the 18th of November, I couldn't access facebook at the time so I just left a happy birthday notice and sent him a private message asking for his phone number(So I could give him a ring) the next day, 2 days later I go on to facebook, to see that he is not in my friends list and I can no longer search him, I've asked a few people if he is still in their lists (it won't show up on mine) and they replied with a simple yes, so he has blocked me from facebook for whatever reason, I've sent his mum and one of his step dads who I am quite fond of a message asking for a phone number or some way to contact him, no response yet, but they're still in my friends list, I'm 14 years old and haven't cried since my parents split up just over a year ago, but I admit, I broke down in tears, couldn't control myself, if I don't get a response from his mum or step dad, I will have no way to contact him, I don't know what I did wrong, the last time we spoke (other thread, facebook messages) it was all good, and now this. He meant a lot to me as a friend, I'm more sad then when my parents split (prob because I knew it was going to happen sooner or later) so that shows a lot right there and I don't know what to do now.

Crap, any way you can talk to him personally? A friend problem like this cannot be solved online

Infinite Zero said:
Crap, any way you can talk to him personally? A friend problem like this cannot be solved online

Sadly, no, just by phone but not having much luck with that, don't know what to do...

shoot him an email asking what his fucking problem is

use those exact words

Law said:
shoot him an email asking what his fucking problem is

Or rephrase those exact words, and tone it down a little? :/

Sent an email just then, basically asking him what has happened, why he did it, etc. I also mentioned that if worse comes to worse and he does not want to be friends or anything then at least email me back, if anyone wants to see the email in whole, give me a pm, I'll post back here in a few days and let people know if he sent an email back or not.

Still no email back, this is so fucked!!

I can't say I know about YOUR situation, BUT, I have experienced it in my own life.

And yes, when it happened, I was actually miserable.

Known this guy for like 20+ years. Was in high school together. Our two sons played together. I was there to support him when his wife of 7 years just one day decided fuck it and ditches him and their son. I had in some cases gone through the same damned health problems. We both shared the same hobbies. I was able to just show up at his door unannounced and walk in because I was a buddy, I didn't actually need permission. You know, the sort of guy that can walk in, and help themselves to a beer just because that was the way of it.

Then one day it was over, for reasons I have never discovered. It was just over. I suspect a woman fucked up his head, but that is just a guess. He even seems to have dumped his own family which is odd.
I have never uncovered a reason I can support as being good enough for a long time close friend just dumping me.

And it's been 10 years later, and I am still in the dark.

I went through stages. Grief and loss lasted a couple of years. But eventually I got angry. Today, no damn it, I don't want him back. When he dies, I won't won't be saying good bye. I already did that. I have no idea who the man is in his body today.

Meanwhile, I DO have friends I made as a teen, and while I might not hear from them for even a few years, when we DO connect, it's like nothing ever happened.

At 14 you won't have been around long enough to have seen this much maybe. But it's not impossible.
Y

It's because you started watching anime

No, enjoying being single and with no friends is over rated.

Granted, you need to be old enough to have had enough for long enough to actually be able to have experienced enough of what friendship can mean. 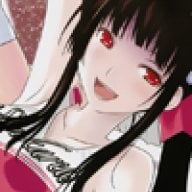 I kinda had a deal like this...my friend since Kindergarten and I kinda grew apart in High School I didn't talk to him for like 3 years, basically since freshman year, now we're seniors and he's in my gov class, so we just started talking again...it all started with Golden Sun (lol) b/c Dark Dawn was coming out and I was the one who showed him Golden Sun, and so now we're all good again. All I say is, give it some time, if he truly doesn't wanna be friends, then leave it, it's his deal, he's not worth your time, if you dwell on this, you're just gonna get depressed and angry, and that's no good.

Still no contact from him or his family but I managed to get his mum's mobile number but I don't want to call it, because I keep thinking of all the bad things that could happen.Once he knows it's me, he might hang up or something like that.

Amazon seller asking for my address?

Feedback Friends xbox one s acting like a sires s

Why is eBay holding my money and not sending me payouts.

@ Shape: If this does not resolve your issue then please refer to the OEM manual for the list of systems... 25 minutes ago
Chat 1