I'm wondering if I burned my copy too quickly or something, because it seems like SSBB has kind of long loading times.

Anyone else think loading between menu selections takes a long time? Is it due to the game being Dual layer?
Z

same "problem" here, not sure iif its supposed to be like this but, anyone else? 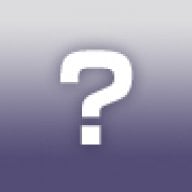 Maybe turn the deflicker off, I heard that slows down the wii... but how long are those load times?(in seconds)
K

It seems to be around 3~4 seconds.

Usually when a match is loading, or going back in the menu from event mode / stage builder, etc.

I also have a small amount of stuttering in the opening movie of SSE, but all other movies have worked without any stuttering so I don't think it's too big of deal.

Could be the burn, or more likely the media you are using. My movies are stutterfree! If you got spare DVD DL's, could try burn again, possibly at different speeds, or on another machine.
A

"Maybe turn the deflicker off, I heard that slows down the wii... but how long are those load times?(in seconds)"

Deflicker doesn't actually slow down the game or wii. There is just a problem trying to use deflicker on Pal Wiis with the NTSC-J backups that screws up the framerate and speed. It only happens when you first turn deflicker on or off after plugging into a TV on 50Hz.


I get loading times that length on the DVD5 version, so I don't think it has anything to do with the Wii's actual reading of a DL DVD. I reckon its just a natural occurrence given that Brawl doesn't have any real loading screens, runs on a Disc, and is stacked full of content. 4-5 seconds isn't really long enough to seem like a problem too


As for the stuttering, thats probably due to burn quality.
N