Ok, so here I'll explain a problem that surprisingly, I found around google to happen way too much and even more amazed that it hasn't been discused here on GBATemp that much.

It started one year ago, one of my friends left his Nintendo Switch with me because it no longer started, so he gave it as dead, and told me that I could use it for "repair replacement pieces" (he has money so doesn't really care, he ended buying another one lol) because he knows that sometimes in my free time I offer to repair electronics to people close to me for free just because I enjoy doing it and for fun, I have wide knowledge and experience with them, specially videogame consoles. As I haven't had any Nintendo switches sent to me for repair or something, I just let it on my drawer to collect dust until needed.

Now, two weeks ago, another friend came with a similar issue... his Switch would refuse to start, just stuck at the boot logo. I finally took the other one from my drawer just to find out that it suffered the same problem. I then started to make several tests to both, including:


So I gave up, ended googling the issue and to my surprise, SEVERAL SWITCH OWNERS suffered the same problem.

In all cases, the causes and symptompts are always the same:


And some users have found a temporary solution to this doing:


But after that, some other users report that after successfully returning the console to life, after a hard reboot or putting it to sleep, the bootlogo of death returns.

So I managed to boot one of the faulty Nintendo Switches I had with me, but then the last I said happened, now it is stuck at the boot logo again, so I'll need to wait again to let the battery drain completely, but now the other just refuses to charge the battery, but that's something I will look later lol.

And according to this Ifixit post, it seems that the main culprit is the WiFi Chip, and needs to be reballed in order to fix the issue, its still no guaranteed judging by the last comment on there.

I know that the quickest workaround would be to send it to Nintendo and get it fixed/replaced by them, but in my country we have several limitations to the point that is better to just buy a second hand Nintendo Switch anyway, so I feel somewhat upset because of these reasons:

I will send the second faulty Nintendo Switch to a lab speciallized in chip reballing and hopefully they can fix the WiFi chip, then say to my friend to switch the console to Airplane mode before putting it to sleep or rebooting it, but before I do it, does anyone that had run with the same issue know about another workaround?

Man, this really fucking sucks, and I would like to know if someone else here has ran into the same issue, or what do you think about this?

Edit: A picture of the Nintendo Switches just for proof, the one at the top is my Switch and is the enhanced battery model. 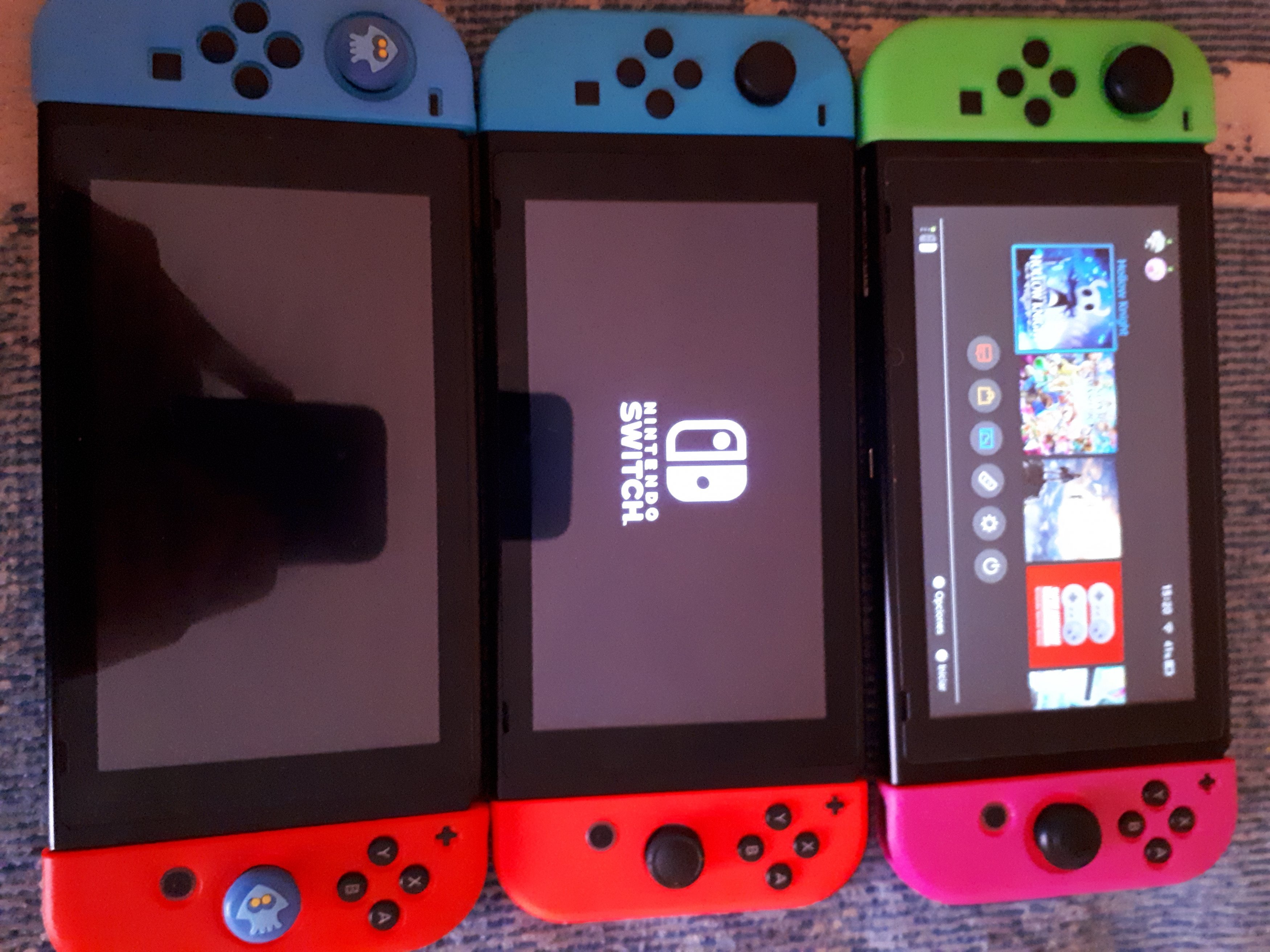 In case that switches are exploitable, I would test a linux-based OS, see if it's really the wifi chip...
G

Yeah, that really sucks. I've had the same problem for about a year but I haven't been able to turn it on at all. I don't have the knowledge or tools to reball the chip and that doesn't guarantee fixing the problem so I gave up (if you find something please let me know)

Nintendo Switch Apr 10, 2021
Aquarys
A
O
Hardware Is this a software or hardware issue?