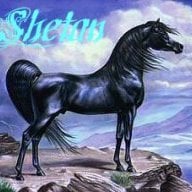 has anyone already heard this too ??
here is the story ive picked up from a downlaod page..

We have just heard that Nintendo has today lost a major court case against the Divineo group in the main court of Paris. Nintendo originally took the group to court over DS flash carts, however the judge today has ruled against Nintendo and suggested that they are purposely locking out developers from their consoles and things should be more like Windows where ANYONE can develop any application if they wish to.

The ramifications of this are huge, as it indicates that flash carts are actually legal. Moroever, it could have bigger implications for developers and the like because Nintendo is deemed to be illegally protecting their system by locking users out. Therefore, developers should not actually require separate development kits and should just be able to develop applications as they wish on retail versions of Nintendos consoles.

And on a final note, this truly was a HUGE court case, up in the main court of Paris France and seems likely to be relevant to the whole of Europe.

Essentially, if people have to hack the system and use Flash Carts to do develop, then its all fine because Nintendo has left them with little other choice and the system should not be protected in such a restrictive way.

Yet another duplicate thread

There are threads about this already...

oo I am sorry ..
i havent seen it.. sorry for double post