QUOTE said:
Report: Official Nintendo Magazine lists March 11, 2011 release date for 3DS
The quest to uncover the North American and European release dates for the Nintendo 3DS became a little bit easier earlier this week, when the megapublisher confirmed that the eye-popping handheld would visit itself upon our store shelves in March. However, the exact date of its arrival is still up in the air -- though scans of the latest issue of Official Nintendo Magazine obtained by VGTribune might just clear up the confusion. According to the mag, the U.S. and European 3DS release date is March 11, 2011.

There's no way of knowing if the magazine's report is on the money until Nintendo makes an official announcement -- after all, it's possible the article's mistaken, due entirely to the fact that March '11 looks a whole heck of a lot like March 11 on paper. Also, though Nintendo is accustomed to launching new gaming hardware in European territories on Fridays, those kinds of releases usually come stateside on Sundays. We've contacted Nintendo for a comment on this supposed due date but, as is the case with these things, we're not likely to get anything official until the Big N puts it into a press release.
Click to expand...

There was a vague March release frame, this contains an actual day. 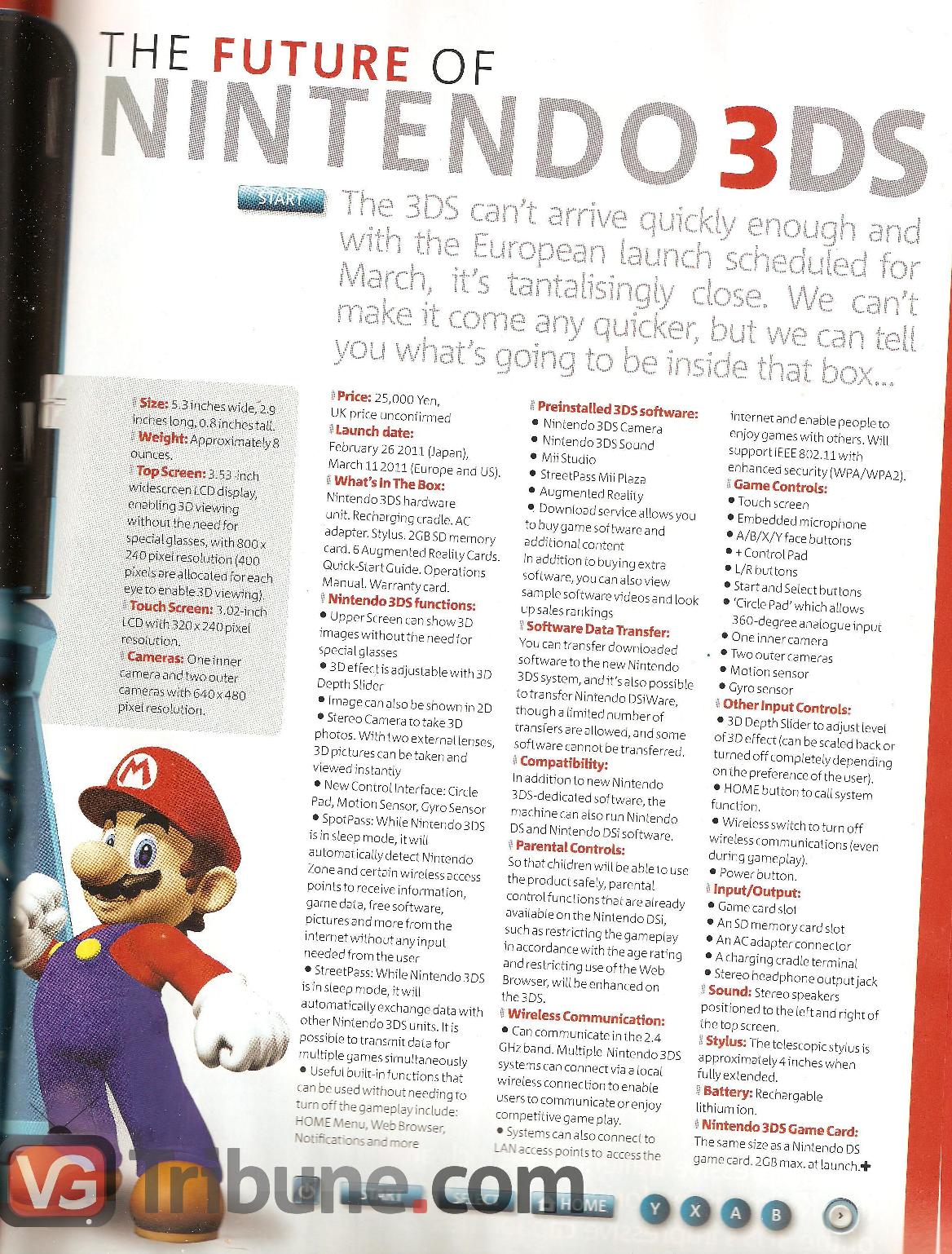 there has been an update to that story

QUOTE said:
Update: Some of the magazine's readers are reporting that the scan obtained by VGTribune was photoshopped, and that it did indeed read "March 2011." Another scan on GoNintendo shows the release timetable in its unaltered glory.
Click to expand...