Next Neptunia Game Set In The ’80s, Coming To Japan This Summer

Neptunia V takes place in the ’80s and in a different world than Gamindustri. In this world, Lowee is a Japanese style area and Leanbox is across the sea about to invade it. Planeptune is a small country.

More details should be coming in soon since Neptunia V is slated for release this summer in Japan.
Click to expand...

Source:Siliconera
http://www.siliconer...an-this-summer/
I'm super excited but Lastation is not mentioned, I hope it's somehow in there. I love Noire so much she's my favorite character. And this announcement is bittersweet for all European and American fans as we have to wait until February for this game (no,it's not announced yet, but we all know it will be). I'm keeping my fingers crossed for Lastation. 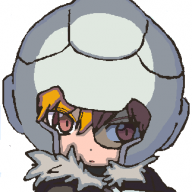 I've never played a Neptunia game. Do you have to play the previous installment to understand the next one?

Wonderful. I'll definitely check it out. I recall seeing Hyperdimension somewhere. I'll pick it up when I do come across it again.

Looking forward to this, i'm so gonna bug my friend to get a copy for me to try out

This is going to be more 80s than Flashbeagle!

These are horrible games, would not recommend

The teaser site is open
http://www.compileheart.com/neptune_v/

The site is officially open.
http://andriasang.com/con0pw/neptunev_screens/
Here are some screenshots.

First look at the goddesses in Neptunia V

@ M4x1mumReZ: It's just full on garbage, and I remember hearing about the internet trolling about it all 12 minutes ago
Chat 1