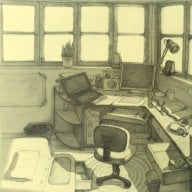 Hi everyone! A C-stick module replacement I bought for my Nintendo 3DS XL arrived today and after installing it and reinstalling my old C-stick module, I was met with a screen with no backlight and a blue led light that never went off. Trying this without the SD card yields the same response. It can boot into Godmode9 (v2.1.1) and the Luma (v10.3) configuration menu though, both with and without the SD card as well. For whatever reason, the R+L+A+D-Pad Up booting results in both screens having the backlight on (it still doesn't boot up though) as well as the wifi LED light staying on.

I've tried reconnecting the Wifi wire, removing the camera cable (haven't tried the ones for speakers and LCD, will try tomorrow), CTRtransfer (all the way till after performing CTRtransfer ticket copy), leaving the system on for 10 minutes, the remove battery+plug-in-power-cable+insert battery+power-cable-again method.

To add more context to the C-stick installation, I had to test if the new module worked perfectly (it didn't) so instead of putting the back plate back, I pressed the battery with the motherboard and everything else exposed instead and maintained the power using only my hands for convenience's sake. I think I accidentally let go of the battery the last time I was able to boot my device.

If anyone has any suggestions, please let me know! I'd greatly appreciate it! 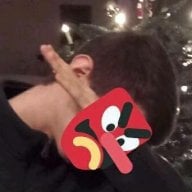 If nothing is fixed yet, did you try updating luma?

JackTheFroster said:
If nothing is fixed yet, did you try updating luma?
Click to expand...

Hi! Apologies for the late reply, but yes. I've updated both Luma and godmode9 but no changes. After a few days it just gave up and wouldn't power on anymore. I bought a new motherboard and it worked fine afterwards. Looks like it was a hardbrick.
Reactions: JackTheFroster