Hacking (NEEDS TESTERS) Get B9S for free without R4 or second 3DS?

Please forget this. This is a failure, it will not work. If this could be deleted, that would be great.
Last edited by MlgAllStar, Jan 14, 2018 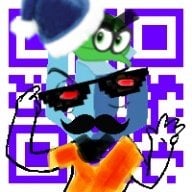 Tell me anyway. And you can report your own thread to ask for deletion.
M

It originally was using a DSi to transfer Sudoku that you could get from the easy Sudoku installer, and I realized that did not work. I then realized I downloaded Four Swords when it came out and I wondered if that would work. I backed up DSi's NAND, transferred Four Swords to my 3DS, and realized, it deletes the save. The only way to do this is if you bought the game or downloaded Four Swords when it was on the DSi shop. After that, you would have to get s save writer (might exist, if it does this might be possible) and you could run the DSiwarehax and get B9S that way.

I see.
You can also probably ask to have this moved to the EOF and have the title changed to LOLOLOL TRoLLL BOOTSTARP9 FRE3 $$ INSTALLZ
Reactions: zacchi4k, dpad_5678 and ThoD 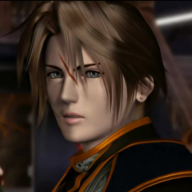 If an ARM11 kernel exploit were to come out without an ARM9 exploit, this would be useful. Here's the save installer.
M

Can't directly reply... new member form rules...
Anyway if there was an ARM11 kernel exploit, this would be practically useless because someone could downgrade or install a legit CIA of the exploitable DSiWare.
Still, would be nice if DSi Transfer doesn't delete the saves, which would make everything way easier.

Homebrew Any theories on how to switch the eShop Region without a second 3DS? + General Statements on the eShop.

A
Hacking 3ds freeze when turned on with r4