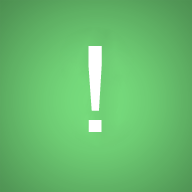 After successfully downgrading my O3DS to 9.2.0-20E I want to set up an unlinked EmuNAND.
I think I've almost understand how it's working, but there are some things that are not clear yet. Before I'm doing something wrong I thought I'd ask here.

I want to set up EmuNAND on and new bought SD card.

The next step would be to switch my SD card. So I would take out SD1 and put in SD2 to create the EmuNAND on.
So, what is with all the games, saves etc that is still on SD1? Can I "transfer" that stuff over to SD2 where my EmuNAND is installed?

Last question: If I have SD2 (with EmuNAND installed) inserted and booting my 3DS, is it automatically booting into EmuNAND? Or how can I switch between SysNAND and EmuNAND?

Sorry for my noobish questions and thanks in advance!

EDIT: I forgot to say I don't want to inject/install CFW or FBI into my SysNAND, only on EmuNAND!
Removed first question as I was just dumb......
Last edited by TBreaker, Jan 4, 2016

I got EmuNAND installed on my second SD card.
I just have one question left now.
How can I boot into EmuNAND? When I have the SD with EmuNAND installed inserted my System is the same as if the other SD was inserted. I tried unlinking them with system formating while the SD card wasn't inserted.
Can anyone help? I hope I didn't do it totally wrong, probably there is a simple answer.....

Homebrew Question How can I add Android partition to exsiting partioned SD card?