I tried hacking my virgin 4.3E Wii with Indiana PWNS, installed Bootmii as Boot2, made a NAND dump and backed it up on my PC. I also installed Priiloader (better save then sorry). I installed Darkcorp 1.1 and runned the mIOs Patcher for running Gamecube backups.

OK, so far so good, all my apps seemed to be working (USB Loader GX, Neogamma, GC Backuplauncher), until I installed some bad HB called HBSorter or something like that. After using this app my screen went black and the System Menu refuses to load. OK no problem, I used Bootmii to restore my NAND. The Bootmii restore completed, but when I tried to restart my Wii I'm still stuck at the black screen. It seems like my original NAND dump got corrupted in the proces or something.

To make it al worse my Wiimotes aren't syncing with the console, so I'm limited to using my old GC-controllerss. Also when fiddling around with the Bootmii NAND-restorer I accidently wrote an old NAND-dump of another Wii over my original NAND-backup on my PC.............I know, I suck.....

Does anyone got an idea what seems to be the problem with my Wii?

description:
- I can acces Bootmii menu --> NAND restore completed, without result
- Wiimotes won't sync
- Wifi doesn't seem to be working anymore
- I can acces HBC from Bootmii menu, but can't use it since my Wiimotes won't sync
- I can use MMM via boot2 dol loader and use it with a GC controller
- The black screen displays my System Menu version when using SaveMiiFrii method

Thanks for the help!
Daan
B

sounds like a hardware fail in the bluetooth device on the motherboard of your wii. the device can be bought from dx but its not easy to fit yourself.
T

Changing it takes time and patience (especially if you've never taken a wii apart before), but you can do it yourself. Youtube has plenty of videos on disassembling the wii if you need help.

Also, since you were messing with different SMs, be sure to reinstall SM 4.3 and IOS80 once you replace the module. 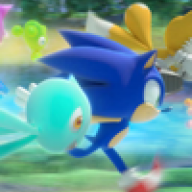 EDIT: Or just run DOP-Mii WiiBrew Edition and install 4.3E that way!
B

But isn´t it a bit strange that a bluetooth module breaks after maybe half an hour of using my brand new Wii? As I said, it's a brand new one, so I kinda ruled out any hardware failures. Or is it that a bad piece of software (like the appz-manager HB in my case) can screw up your hardware?

Thanks for your reactions!
T

It's unknown what causes these modules to fail. It is odd though that hardware failure would be an issue on a such a new wii.

Seeing that it is new, how about returning it and getting another?
K

Actually... new hardware is actually more likely to exhibit hardware failure than relatively used hardware. Reason? Hardware flaws escape factories all the time and it's more likely they'll exhibit signs sooner if there is a problem then later.

If your NAND backup was corrupted, Bootmii wouldn't have loaded it. Once the nand backup loaded it should have been 1:1 to how it was when it was working. That coupled with the fact that the homebrew organizer doesn't touch anything that could brick your Wii (it doesn't touch NAND) and that even in homebrew your wiimotes aren't connecting, we can all safely assume it's your bluetooth module (if the bluetooth module breaks, the wii won't boot at all. Bootmii boots before the system menu which is why that can get around it)

What would suck is after doing a complete installation of a new bluetooth module and you still exhibit the black screens on your wii.

Your wii remotes won't sync because they need the system menu to sync. Your IOS 80 could be broken or something else vs. the bluetooth module. I see so many incorrect diagnosis of wiis, I would wait before ordering anything. Can you use your bootmii as boot2 to run a sys check and paste the results?

Edit: It even may be priiloader.

@ Z-BOI: anyone wanna be friends on ancf also know as animal crossing city folk i've got wiimmfi and if... 53 minutes ago
Chat 0