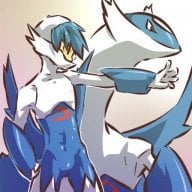 You bought a piece of crap.
Probably a TTDSi clone
P

Cut icon, is that your cat? You should be fine. There's a hacked version of Akaio probably Wood and YSmenu so you're pretty well covered. You should be able to make this a triple boot. Just unzip the kernal to the root dir of your card and you should be fine. Make sure you're downloading the V2.0 version. after you get that working you can experiment with the Akaio/wood and YSmenu operating systems. This isn't a real R4 clone as funny as that sounds you're stuck using what's on the website. Try priceangles nest time you buy a card. You can get a "real" R4 for like $3 or an Acekard for about $11

r4ids.com has two different versions of their "Gold" flashcart. I have the "original" DSi v1.4 compatible one which is actually based off of Acekard hardware (but its official firmware operating software menu system is almost identical looking to the original R4 firmware).
There is a thread about the version of Wood that was ported to this particular cartridge (the one I have) here: http://gbatemp.net/t260226-woodr4-v1-14-fo...s-been-released
I was not able to test it myself because I have already updated my DSi to 1.4.1 after updating my real Acekard 2i which is my primary flashcart now anyway. The topic's original post says it won't work on the 2.0 "Gold" flashcart made by this company.
If it doesn't say 2.0 next to the logo on the box, the flashcart PCB is red, and the website referenced on the cartridge is r4ids.com as you say it says on your box, that particular release of Wood is what I'd try first.
If you can't get that to work, try looking at the http://www.linfoxdomain.com/nintendo/ds/ archives for "Gold R4i 1.32" in the R4-related section. That was what I used last time I fiddled with the cart before the DSi firmware update in the late summer.


edit: also, you're never going to get optimum game compatibility with a clone like this. A "real" R4 (if you have an older DS/DS Lite) is great especially if you already know you like the Wood software. Acekard is what I use for DSi compatibility (and the necessity for firmware updates in case of flashcart-blocking updates to DSi firmware) and MicroSDHC support ("real" R4 supports only regular MicroSD which maxes out at 2GB).

edit2: also! the 2.0 version of their official firmware probably isn't worth a try unless you're sure you have the 2.0 hardware because the 2.0 firmware will not work with the original r4i gold they distributed. they're reportedly not even "designed" by the same team, they just vend through the same "brand"(?) and, YSMenu definitely doesn't work if you have the same R4i Gold that I have (it shows a Danny Phantom icon when you load it in your DS)
S

Save yourself the trouble. Get the Acekard 2i for $15.00 or the DSTWO for $35.00. I'm not joking either. If you want no troubles in the future because "my R4 doesn't run [insert game title here], im update to latest [insert firmware here]", get one the Acekard 2i or DSTWO. It'll save you a lot of headaches and worries. They're arguably the two best DSi cards available.

And before you ask why the DSTWO is so much more expensive, it has A LOT more features than the Acekard such as SNES emulation and GBA emulation.

ShadowSoldier said:
Save yourself the trouble. Get the...
Click to expand...

Your solution to his problem is to suggest he buy a new product, providing links with you as a referral when you already have banner-ad referral links in your sig. Though to some extent, I agree with you on the reasoning for your suggestion (which you could potentially profit from), but you do look like you're just trying to sell them without much regard to answering his actual post.
It irritates me when "just buy one of these, don't even worry about it" is the default solution when spending money isn't always immediately necessary.
I think it's better for people who ask why the product they already own fails, to actually know/understand why it sucks, even to try any potential solutions, before they just up and replace it.
S

No no. I'll admit, I see where you're coming from. I had AND have an R4SDHC and had multiple types of R4's. I've ran into multiple problems with them. I've gotten my friends some, same problems. Iono, just one of those instinctive types of things where sometimes getting the solution, isn't even worth going through the trouble, y'know?

For example, say if I had an R4 or whatever. And in order for me to get it working properly, it would take days and days for me to figure it out. Or I could just fork over a few dollars and get a card so I don't have to worry about it. What would I pick. What would you choose?

I guess I could say it's a habit of mine because I dealt with enough problems with the R4's, and I wish that brand would disappear [minus the original, all the clones can be gone]. But I wasn't meaning it to say "lol w.e get this so i can get cash lololol.". Here, I'll even edit the links out.

I just have a gripe against the R4's [minus the original] mainly due to all the problems I've had with them along with my family and friends, and I haven't had one problem with the Acekard.

edit: But I also thought the post before mine, the one from you, explained it. And there's plenty of threads that describe the problems with clones. But I'll admit it was wrong of me to assume. I also probably should have read all of your post. When it comes to long posts like yours talking about the problem, I give it a quick skim to get the jest of it.

I'm also trying to get out of the habit of just putting bluntly of the best solution. I spent many years on another forum where nobody explained anything fully, it was just a quick "here's what you do" answer. I'll try my best to get out of that habit.. I apologize

I could wish they were all gone too, but their existence helps propel the excellence of products like the AK2i and DSTwo further from the crap. And the existence of clones as "cheap" "*compatible" products keeps the price of said "real" products in an affordable context for everyone.

[titleondering that..]I hadn't actually thought about this much before, but I know that in the GBA (pre-SP) days flashkits were way expensive and there weren't any low-end choices for people to whet their appetite for the dev/homebrew/emu scene on handhelds. That's one reason I never got one and wound up forgetting about it until early this year. I was more interested in getting a kit to mod a frontlight into my original GBA because it was less than a hundred bucks, but by the time I had money to spend on that, the internally lit SP was announced AND it had a long-life rechargeable battery.
Therefore, it didn't surprise me to learn that original R4 once sold for as much as $60 new. No wonder people cloned the hell out of that and undercut it to all hell.
That all said, I might have never found this website or bought my AK2i if my R4i Gold wasn't a poorly supported piece of junk that cost me twice as much as the AK2i. I had actually bought it from a shop that also sells AK2i's but I chose R4i Gold because of the R4 name, and a chart the shop had on their website depicting confirmed compatibility among the types of R4 (clones) they carried with the DS models including DSi/DSi XL 1.4 FW. Also, the banner on every page of the shop said "they carry original R4's ONLY".
The R4 name can still have that effect - the reason I sought the product was because my friend's Chinese girlfriend mentioned her R4 to him.
(apologies for the lecture.. and thank you for not taking my remark personally and arguing
S

Nah, I'm still new to this site. Sure I joined last year, but it wasn't until like a few months ago that I started posting a lot more and frequently. So I still need to be put in my place.

I can see the reason for the R4's thing still around according to your post. But I still wish companies like that would disappear so that people only have the best cards to choose from. Not clones, not rip off products. Not something where it will last for a year, then it will need to be thrown out and a new one bought to work on your DSi.

J
Hacking I think I bricked my R4i Gold