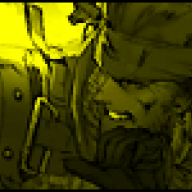 I couldn't really find anything when searching around GBAtemp, so I thought I would make a new thread. If it's something someone has already done then mods feel free to close it.

I've been googling around everywhere looking around for some knowledge on how to make my own media servers but I have been quite unsuccessful. I know computers to an extent but I'm not whiz. Specifically I'm looking for a media server I can create to accommodate the many different electronics in my house. IF you guys don't mind I'm just say what I exactly I am trying to do, and I guess if anyone knows they can provide with some insight. Tutorials would be awesome but anyway, here my home setup.

My main desktop family computer, running XP with SP2 and contains most of my media, (video's, music, pictures, etc.)

My personal laptop, running Vista Home
My PS3
My XBOX 360
and a regular wireless G router, compliments of Bell Sympatico

All running wirelessly, even the main computer has a built in PCI card for wireless.

I guess in basic terms, I just wanna be able to access all my media from my main computer, from my laptop, PS3 and 360. I have no idea if this is possible. I'm just getting tired of constantly burning DVD's or transferring files or emailing myself stuff. So please, any help from the tempers?

MODS I REALLY DO APOLOGIZE, FOR DOUBLE POSTING BUT I ACCIDENTALLY PUT THIS IN GENERAL CONSOLE DISCUSSION RATHER THAN GENERAL OFF TOPIC CHAT. SORRY.

Media servers come in two main forms:
Glorified file sharing servers. There are many methods of networking, the easiest/most compatible is SMB/cifs (windows and SAMBA).
Transcoding servers (the simple example is the early wii stuff using the internet channel).

Of course there are things that combine the two to varying degrees.

The PS3 and xbox complicate things a little bit as MS and Sony keep them locked down (although the PS3 does have linux and some better inroads to such things (nothing compared to the likes of XBMC and some of the more interesting standalones mind)). I am however none too knowledgeable about the 360 and PS3 multimedia abilities but the xbox tends to revolve around the MCE versions of windows, strictly speaking you need to upgrade but there are less than legit ways around it and a few alternatives.
On the other hand I have no desire to allow whatever passes for windows media software to be around my system.

Start.
Wireless b is usually enough for xvid (although it is tight on occasion) but you said you have g so then you should be sorted up to half decent hi res H264 stuff although I still like wires, if running cat cable all over is not an option then there is power line networking aka Power line communication/PLT. It is about the same as wireless g in terms of speed for most of what I have seen but less susceptible to signal drop and what have you. Note it can mess up shortwave radio and I am not sure how that works in Canada (the UK does little about it but the US and Canada tend to do more about the spectrum). Good news is unless you start on PLT then everything can be done for free.

Windows machines need only enable file sharing (setting up a transcoding system is easy enough but I do not suggest it), Vista might be a pain at first you should be able to beat it into shape and assuming you only want to read files then all is good.
http://www.practicallynetworked.com/sharin...filesharing.htm
Easiest way is to use the name of the machine you want to connect to in the address box.
linux mainly uses SAMBA to interact with MS networks, simple reading at least is available in nearly every distro out there. You tend to mount things as you would a drive and there are frontends for most window managers.

First I recall they can use memory cards and/or USB sticks for some things so DVDs need not be used.
To my knowledge there is no real support for basic SMB stuff so we have to get a bit more creative.
PS3 is the easiest.
I would counsel against setting up an FTP server and using the onboard drive, linux should work (PS3 linux is not my forte) but it will be tricky so I assume you are going for stuff that works with the basic menu.

DLNA is the choice acronym here, it sits on top of the earlier upnp. Many methods to sort this out and I have experience of none owing to XBMC dominating in the arena of home media for me.
From others who have done this http://tversity.com/ would be the first port of call.
Good news is that is should also take care of the 360.
G

simple solution get an orginal Xbox with XBMC installed, it'll cover you for any standard defination content you want to stream and it can even query online databases like IMDB for plot/cast details. Best £20 i've spent in a long while - make sure you get a remote for it as well

Thanks, that was a lot of help and I really appreciate it. I'm gonna get working on that, and I'll post any problems.
L

Be wary of Xbox 360 media center. Very low format support. Outside of media center, directly thru the menus, a 360 is good.

Nintendo 3DS Monday at 11:22 AM
AliceWalsh