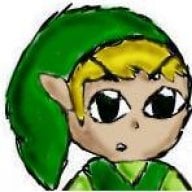 . Even now when i'm 15, i really love watching Tom & Jerry/Looney Tunes. I could never really appreciate the work put into it as a kid, but now it's just amazing how well each are animated, along with the sound effects etc. For those of you who don't know, each cartoon took like 2 months to make, a 5 minute animation. And that's actually a bit short, i mean, EVERY SINGLE FRAME was hand drawn, and the whole thing was moving at say, 25 Frames per second. 7200 frames were hand drawn and fully painted for a mere 5 minute cartoon. That kind of work has to really be appreciated.

There was an episode of Looney tunes called 'A feather in his hare' (sadly it has not been uploaded to youtube), about bugs bunny and the supposed 'last mohican'. One part, he takes a chunk of mud/clay, molds a vase, puts it in the oven, and paints it, just in time for the mohican to come so he can drop it on him. That part is priceless.

Here's another T & J episode. The part where tom annoys spike is hilarious:

Edit: I'm only talking about the classic T & J episodes, and the Merry Melodies in Looney Tunes. It would be a bit unfair to put 3 different concepts vs. Tom & Jerry. (Bugs bunny/Daffy Duck with Elmer Fudd/Porky Pig (similar in their jokes), Sylvester and Tweety (also different concept), and the Roadrunner cartoons, which are basically a genre on its own.)

So just to be fair, i'm only talking about the Bugs Bunny/Daffy Duck ones (Merry Melodies)

Tom and Jerry, no doubt. I loved it.

The best Looney Tunes ever is Rabbit of Seville:

Hehe, yeah, that was VERY well made. I love the salad part xD


P.S. Anyone know how to embed youtube videos? The embed link/tag/thing provided with the video doesn't work here :/

You have to use


Code:
EDIT: But it doesn't seem to be working right now for some reason.

I like both, but I'd have to give the edge to Looney Toons.

I think both are awesome. But I kinda hated the later Tom and Jerry cartoons. Especially the ones where it was outsourced to eastern europe but any of the early ones can still be watched today and I'll still enjoy it. Just not something I'd admitin real life.


Code:
EDIT: But it doesn't seem to be working right now for some reason.

Tbo Looney Tunes is more...adult in it's jokes, and is enjoyed more by adults, especially the daffy duck episodes. Most kids won't understand them. The great thing about Tom and Jerry is the lack of speech, so anyone and everyone can understand it.
M

Bugs for the win!

im a big sucker for the older episodes of tom and jerry, hell, i laugh harder than my nephews when we watch them.

I still lol at the reruns on Cartoon Network.

Okay, I was just an idiot. Seems you only have to put the video code in and not the entire www.youtube.com/ stuff. So for my Rabbit of Seville video, it would be:

Ooo tricky... Looney Tunes had Sylvester and the Coyote... and Tom and Jerry got really, really shit recently but the older ones were brilliant...

Oh by the way, i'm ONLY talking about the old hanna-barberra episodes of Tom & Jerry, from 1942-1957 or something like that. The newer ones suck terribly, however the ones directed by Chuck Jones were okay... Still, the Fred Quimby/Hanna Barbera ones were really good

But seriously, apparently Sesame Street is rated R in some places. Don't know why, but I've been told so.

And I like Looney Tunes better, even though people say that that's why violence is deemed 'okay' by some people.

And for Tom and Jerry, I think it shows too much rivalry, and even like bullying. Don't hurt me if you are a T and J fan. /me hides like a little scaredy catz.