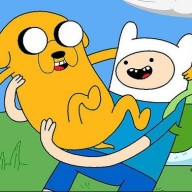 (Sorry for Semi long first Post/Also for the Colors/Also if this is in the Wrong Area. Thanks in Advance)

IMPORTANT - Wondering if this Could be the Problem, And how am i able to Fix it, or Upgrade my White Wii to 4.3U (Like the Red Wii)


Currently Having Issues while using USB Loader GX on My WHITE WII.


Please keep in mind, While reading about a lot of this i've been learning just the Basics nothing Advanced to you fello Pros.


Background Info - Brother bought a White Wii, Approx 1-3 Years ago and the External Hardrive to it ended up Breaking Eventually (The External Hd broke not the Wii. (We don't know much about the whole Modding Experience Ect so don't blame Us :d)
He ended up buying another Wii that's RED and it was already Modded as well. Came with an External Hardrive as well and had Backups Already. So he ended up giving me the White Wii, and i had put it away for some time till Today.

Here is where the Problem is.

This is what i Did.

1.) Basically Copied the SD Card from the Red Wii, and PASTED it on the White Wii's SD Card. The Brand new SD Card i just Bought.)

4.) Seems like the 3 Games i've placed in the SD Card for my White Wii are there on USB Loader Gx.

6.) When i start up Kirby's Epic Yarn, It'll go to the White screen like... how to hold the wii remote Ect, and that you'll need to flip the controller Sideways to play the Game, So it starts pretty good Actually, I'm able to Create a File on the Wii, Then when it Creates it'll start Loading (THIS IS WHERE THE PROBLEM IS) It'll just Freeze right there, till i do a FORCE BOOT, like turn off the Power and Turn it Back on.


7.) So i'm trying out the next Game, And it does the same Thing! I'm able to create a Account (Save file on the Wii) Then when i click 'Play' All of a sudden it'll just Freeze and i have to do Excactly What -6.)- Says.

More Important Information: (I know it's not my USB Flash Drive)


1.) I'm ABLE to use my USB Flash Drive on the RED WII, and Able to PLAY AND SAVE the games on it, like if nothing happened.

INFORMATION I FOUND OUT WHILE TYPING THIS OUT, AND ON THE WII's:

What can i do, to have the WHITE WII not have the problems it currently has.
P.S Read way up at the top.
While on my WHITE WII, and switching back to the RED WII.
I noticed they both have Different Versions.

2.) If i Proceed upgrading the Version to 4.3U ( Like the RED WII.) will i bump into any Problems?

4.)If i'm ABLE to do the Upgrade without any Future Problems, can you lead me to the right Direction, so i can Upgrade the Ver. 4.1U to Ver. 4.3U without Bricking It.

Thank you for your help if any with this Problem.
Very new to this whole Wii Mod Experience.
And still learning as i'm going.

Thanks Again,
and hope to see a Response Soon from you Fello Wii Pros.

Your problem :
Your Wii doesn't have the correct files installed.
The USBLoader use the slot 222 because the slot 249 is not hacked, and it seems that file doesn't have a good compatibility with the games you tried.
read bellow for more explanations.

2.) If i Proceed upgrading the Version to 4.3U ( Like the RED WII.) will i bump into any Problems?
Yes, it will remove "some" hacked files. But I think the problem you currently having is part of that : You probably already updated after hacking it, or you don't have a fully/correctly hacked console.

3.)If i'm not able to Upgrade the WHITE WII to Ver. 4.3U, What are my other options?
You can upgrade, or you can keep it like that. In both case, you need to re-softmod it correctly.

4.)If i'm ABLE to do the Upgrade without any Future Problems, can you lead me to the right Direction, so i can Upgrade the Ver. 4.1U to Ver. 4.3U without Bricking It.
You will not brick it by updating, you will only loose ability to launch USBLoaders.

What you need is to re-install hacked system file (it's called IOS by the way, not DOS). They are Official system file patched to add USB support.
Nintendo created different versions of those system files, and they are installed in different slot number : 36, 57, 58, 80 etc.
Hackers are taking these files, add new features for USBLoaders, and install the result in new (unused) slot number : 249, 222, 250, etc.

What you need to know is what is installed inside the slot. Knowing the slot number is not important if you don't know what's installed in that place.
For example, the slot 249 can be used either by users with a hacked system (IOS249 is the main slot used by USBLoaders) or by Nintendo to "hijack" the slot and prevent USBLoaders from working correctly.

There are different methods to softmod or Resoftmod the console.
The easiest way is to use ModMii (a PC program which will download all files to install on Wii and generate a guide for you to follow).

@ KennieDaMeanie: I got mine prehacked and paid around the same for today standards A moment ago
Chat 4