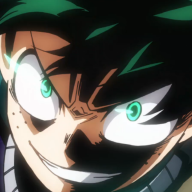 I recently went to my friends house, and I accidently tool his blue joycon instead of my own, i could tell since it looks like it was dropped and the slide in part with the trigger buttons look like some of the black paint chipped off. Anyway so I didn't think it was a big deal, nothing wrong with it at first. Until about a week later, or today. Now the joy con while attached to the console in dock acts like it's charging, then about a few minutes later it just stops charging, not at 100% either. It has a 3rd of the battery missing. Whats weirder is the console all of a sudden warns me that the battery of his left joy con is almost dead for no reason. While still attached to the dock. When I pull it off to wireless play with it and it all of a sudden isn't almost dead though, it's back at that 2/3 battery. Im gonna discuss it with my friend tomorrow, but am I the only one with the problem?

This is a pic of the issue

Hardware The left Joycon Switch OLED is not charged