Know Your Temps rules and information:

This fun and engaging activity helps us get to know you better, in an exciting, chaotic way! Remember to be kind and have fun!

For updates on KYT, refer to this thread 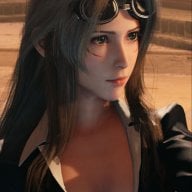 Ello,
Where does your username originate from?
Why'd you join the temp?
Favourite OST?
Favourite game?
Least favourite website?

what your favorite piano player?
and..... you have a favorite car?

Favorite animal?
Do you like Japanese food?
Favorite color?
D

Hi!
I think I just chose it randomly by throwing words together.
I think it was because I was interested in 3DS homebrew and piracy.
Maybe UBERMOSH?
I don't think I actually have a favourite game. Closest I can think of is Portal 2, I was obsessed with Portal in general when I was younger.
The only one I can think of is NeoGAF because of what's been going on recently.

I haven't actually watched any anime in a while. I think Princess Jellyfish is probably my favourite anime though. I need to read the manga sometime because the anime only covered a portion of a story of the actual manga.
Agnostic.
I haven't actually read any books in a while. I keep meaning to but keep getting distracted by something else. :/
I haven't gone to school past the first two weeks because of my anxiety. I have panic attacks before I even get to school and can't get myself to even walk through the door. If I somehow was able to get myself to go to class I highly doubt I'd actually be able to function. I'm in therapy so hopefully I can go back eventually.

Sathya said:
what your favorite piano player?
and..... you have a favorite car?
Click to expand...

I don't have a favorite piano player. I do have a favourite bassist, though.
The 1969 Chevrolet Camaro is the only car I can think of as being a favourite car of mine.

Do you play a musical instrument?
What do you do for a living?

What is your favorite pokemon and why?

Quantumcat said:
Do you play a musical instrument?
What do you do for a living?
Click to expand...

favortie doujinshi?
favorite animal?
T H I C C or skinny?
if you could be a super hero what would your name be?

Beerus said:
if you could be a super hero what would your name be?
Click to expand...

Quantumcat said:
Do you play a musical instrument?
What do you do for a living?
Click to expand...

Nah, but I'd like to learn how to play piano, and bass guitar.
I'm just a 10th grade student, no idea what I'd want to do for a living when I'm older yet.

Sonic Angel Knight said:
What is your favorite pokemon and why?
Click to expand...

Beerus said:
favortie doujinshi?
favorite animal?
T H I C C or skinny?
if you could be a super hero what would your name be?
Click to expand...

:^)
As I said when the_randomizer asked, I really like cats. Other than that, maybe kiwi birds?
skinny
Man, I don't even know what superpowers I'd have, which is somewhat important for being a super hero. 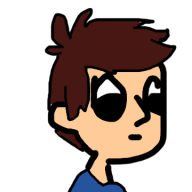 I really liked eating tomatoes with a bit of salt on them a while back, but that was only for a little amount of time. I got tired of it pretty quick.
Reactions: RetroBitMig

you was have a GF?
D

Sathya said:
you was have a GF?
Click to expand...

not a smart reply.
D

Sathya said:
not a smart reply.
Click to expand...

L
What accessibility for games on μSD depending on whether sysnand or emunand?