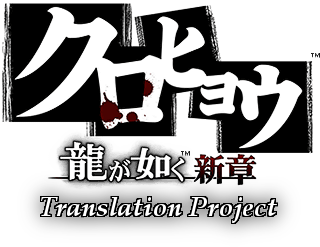 Latest news are always at the end of this post.

Introduction
Yakuza may not have enough fans in the West to warrant an official localization, but it's community is an active one. While you can find a lot of help to play the japan-only console games without understanding Japanese, resources about this PSP spin-off are scarce. Our goal is to provide an English translation good enough for you play the game, understand the story and enjoy it.

When is it done ?
We've just started, and even tough this isn't as text-heavy as a JRPG, there's a lot to translate, edit, and test. You'll have to be patient. We'll update this thread every time we make important steps. 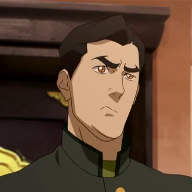 Support the arts! (The games, silly.)

Just wanted you to know, sir, that you made ​​a nerd very happy today.
Reactions: Necron00 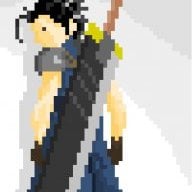 I don't care how much time i'll have to wait,i'm just happy that one day i will be able to play this super cool game Good work guys
A

Here's a few snapshots. Of course, this is early work in progress, there's overlapping and lot that hadn't been translated yet. 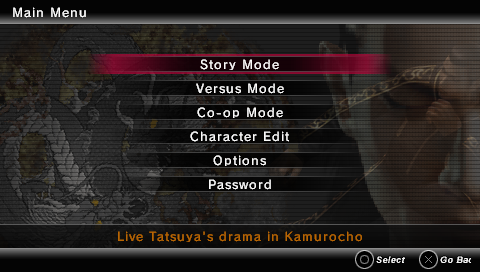 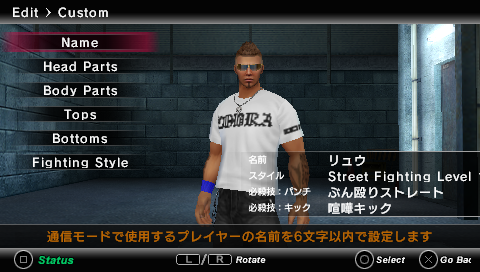 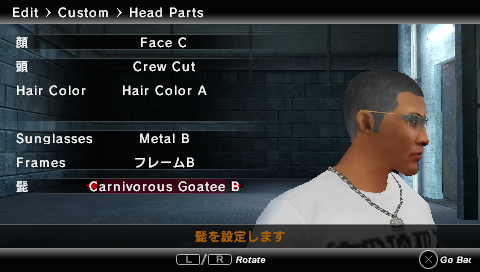 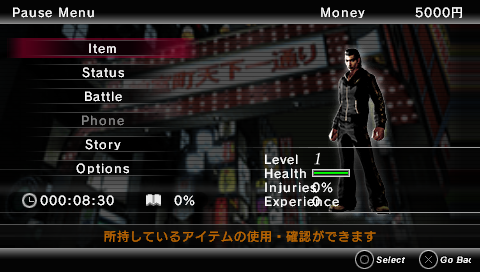 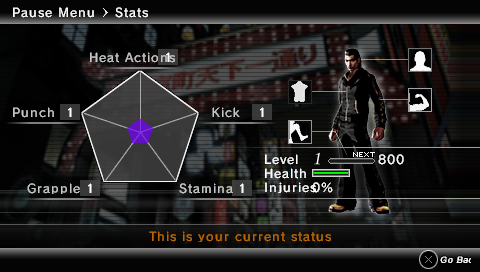 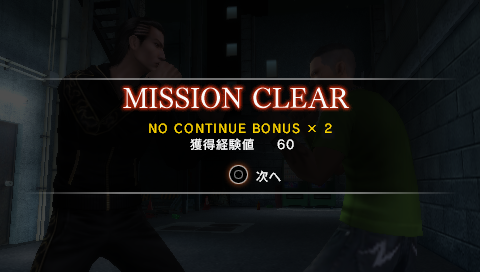 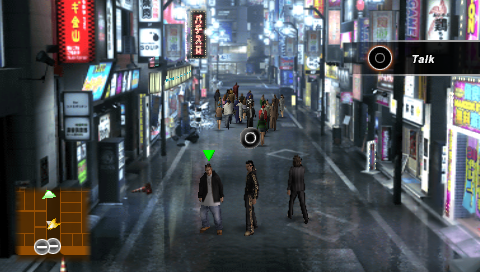 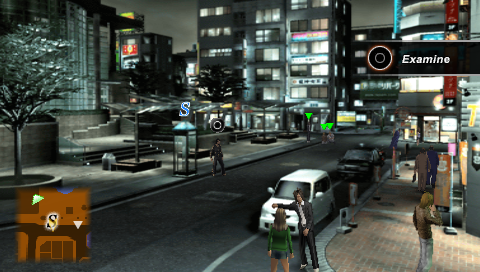 Nice. Wish I knew japanese to help. Hoping for the final product to come out soon.
A

Cutscenes fonts are nearly completed, with just the kerning to be adjusted.
First two chapters cutscenes are translated and nearly one fourth of the big "everything goes in" strings file is also translated. This file contains every string except for the dialogues/substories/etc. Lots of item descriptions, menus, etc.
Graphic resources are starting to get edited.

There is still a lot of work to do, but it's progressing. I hope to show you the first cutscene with glorious in-game subtitles sometimes this week, but no promise.
Reactions: SubLoverD, Brutus_Jr, AceyBwoi and 2 others 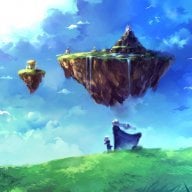 Dude.. thanks to you and your team for making progress on this amazing game
would love to give this a go.. if you need any testing help or anything regarding this game
i would love to help in any way i can.. but seriously tho awesome work
i hope to see something soon.. class act work dude.. for real.. 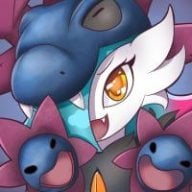 So far it looks good. If translation teams did spanish patches too I could help (sadly that's the only help I can provide).

Also, I have a question: Is this a 100% patch project or are you planning on releasing a partial patch for people who want to experience the game early or don't really care that much about the plot.
A

I don't know yet if we'll go for 100%. I don't think many people care for co-op/versus ad-hoc multiplayer, it could be left aside, for example.
We could release a partial patch (with menus, cutscenes and main plot texts), but we've already begun to translate many things non-story related, so it would be a bit of a mess. And I think that what is great in the Yakuza licence is that you can do the main story if you want, but if you're not in the mood you can do something else totally unrelated. I'd like the translation to maintain that feature. On the other hand, if we were to lost interest in the translation, I'd rather release something incomplete than release nothing at all.
It's too early to tell what our plans are exactly, but as we'll figure it out, we'll let you know. 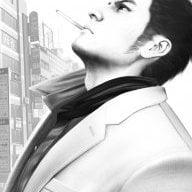 If possible, we'd definitely love to go for the full 100%! The game isn't very big, compared to Ryu ga Gotoku 5, for example, so I think we can do it
Reactions: SubLoverD, AceyBwoi, Hargrun and 1 other person
B

Hey, if a Portuguese patch were to happen, I wouldn't mind to help too 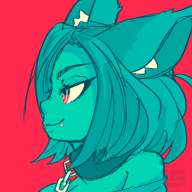 I am glad to see this game finally get a translation going, I look forward to finally being able to play this game as I'm a big fan of the Yakuza series.
Reactions: Hargrun

Support the arts! (The games, silly.)

Aegehn said:
I don't know yet if we'll go for 100%. I don't think many people care for co-op/versus ad-hoc multiplayer, it could be left aside, for example.
Click to expand...

Waaaaat? The multiplayer experience was the main reason I bought a PSP! Seriously, when I saw my friends boasting their newly purchased Monster Hunter stuff I knew I had to join!

I even gave a chance to Final Fantasy. I'm not a big fan of the series, but Type-0 has a really great co-op...

Please consider this.
A

Here it is : the first cut-scene of the game, subbed in-game in English.
This is captured within PPSSPP.

EDIT: To Hargrun : Don't worry, I said "for example". First, it seems that co-op is only to fight one against each others, or against the CPU. I didn't test it so maybe I'm wrong. Anyway I think it'll get translated because many strings related to it are diluted in the famous "Everything goes in" file. Which is translated over 25% as of today, thanks to FShadow and KHHSubs continuous work.
Reactions: Brutus_Jr, Kizux, AceyBwoi and 2 others

That's awesome Though it's weird that the commas are causing lines to be cut and displayed on 2 lines instead of one.
Reactions: AceyBwoi

Totally insane dude looks good,
if all things run smooth like you guys get 100%
on black panther, i know its too early yet but maybe you guys could look into
Kurohyō 2: Ryū ga Gotoku Ashura hen?.. im a big fan of the yakuza series
got pretty far in this but got stuck like dammn, the second one on psp is real wickid too,
that aside tho, great work Aegehn, FShadow and KHHSubs
just want to say thank you for putting the time and effort into making this happen..
peace out...
A

Regarding commas : This is in fact very logical. Subtitles are in a .csv file ( for comma-separated values). Now, the question is : how do we display comma? I have an idea.

Regarding translation in other languages : I don't want to share my scripts and translations before our work is done, and I don't wan't to oversee a project in a language I don't understand. But, once we're done, I'll be happy to provide my tools to anyone requesting them. For the translations themselves, I'll have to ask the others members if they agree, after all it's their work.

Regarding Kurohyou 2 : I didn't take a single look at this game, don't even have it in physical (yet...). But once we're done with this game, if we're not weared out and if I can hack it, of course we'll do it! But no promise, and more importantly no ETA.
B

Regarding translation in other languages : I don't want to share my scripts and translations before our work is done, and I don't wan't to oversee a project in a language I don't understand. But, once we're done, I'll be happy to provide my tools to anyone requesting them. For the translations themselves, I'll have to ask the others members if they agree, after all it's their work.
Click to expand...


Nice, thanks. Thanks for the hard work on this.

One thing. Would translating a console game be considered? Games like Isshin and Kenzan, which will most likely never come out here.
A

Not likely, because I don't have a hacked PS3, and there's no emulator. Plus there's enough resources online to enjoy and understand both games without knowing Japanese.

You could replace Injuries with Damage, and Experience with EXP: you won't have to go through the asm hassleto fix that overlapping text then
You're awesome
Reactions: Tophat_NEO

Nintendo Switch Sunday at 12:22 AM
Jenrikku