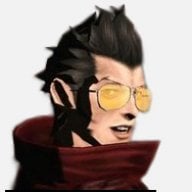 If you guys have any questions feel free to ask, I'll do what I can to find out when I get home and have time to play

I played through the first level yesterday, and I'm glad to say that it impressed me a lot more than the Demo. The game does not require any install which was a huge surprise. And the story part that starts the game is amazing and makes the start of the game (Demo part) much more interesting. The story Graphics are insanely amazing, and the in game graphics aren't far behind.

Controls are like they where in the demo, rubbish. But using alternative 2 with hold to zoom and increased sensitivity makes the controls way better. Music is epic and enemy animation is one the the best character animation I have seen to date. First mission lets you drive a tank which was cool, and the tank controls where tight and satisfying. And there will be more vehicle missions later.

Having given it all that praise I feel I have to say that the game has it faults. It does not break any new ground, the controls could be better (I hope there is a patch). And the missions are so generic that it hurts some time. In one part of the mission you man a turret and have to gun down enemies, only to find out that there's an infinite enemies spawn nearby. :| After realizing the spawn pattern I moved forward and then the enemies stop spawning. Having just one primary weapon is a drag, and the weapons aren't as cool as the weapons in Killzone 1. I do miss that alternative fire form that game.

Bottom line. The game is great. It deserves the praise it's getting. It doesn't do anything new, but for the most part does everything it does better than the rest. The missions so far isn't all that. But I hope the later missions will be better.

I'm off to play some more now smile.gif Just ask any questions. If any one else has the game early I would love to play some MP.

So, how is the game? Any good. How are the controls? Is it a *good* game? Are there any difficulty settings etc? And that's it for now

I'm thinking of getting this.
J

The game is great, controles are nice if you ask me ( i use alternative 2(same as CoD)) and there are 4 difficults, the last 1 is unlocked after completing the story mode at any difficult

If you guys have any questions feel free to ask, I'll do what I can to find out when I get home and have time to play

How comes you got it so early? Its not supposed to come out until the 27th where I am.

to the op
retail or demo?
if retail, how did you obtain it so early?

I got a preorder on this one. it looks AWESOME, its the first time I get as excited for a PS3. Well, at least it was a long time since I have.

I got a promo copy (review copy)

But considering he got the game so early (2 weeks) he is probably going to shell out for a retail version.