Hacking Issues with some games on a R4 SDHC Dual Core

I've played through a bunch of games all the way through with no issues but the two giving me problems are Mario and Luigi: Bowser's Inside Story and Castlevania: Portrait of Ruin. The first won't start after selecting a save file (tried another version of the ROM so it's not that) and the second randomly freezes from time to time. The flashcart works on both a DS Lite and a 4.5 3DS XL but obviously the issues with these games are still there on both handhelds. Like I said, many others work fine.

This is the flashcart in question: I've never updated the firmware/kernel, is that what I should do? This download link doesn't seem to work so I'm having trouble finding the kernel update for this older flashcart and I'm not even sure if that would solve these issues so help from someone more experienced would be appreciated! 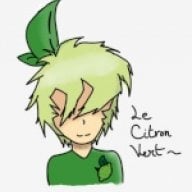 I have the same flashcard and have sometimes the same problem with Bowser's Inside Story, but most of the time it works.Awkward, isn't it?