Hacking Issues after installing B9S in order to update Luma 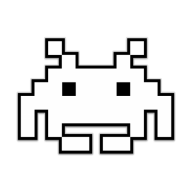 My NDS has Sysnand 9.2-20E and Emunand 11.4.0-37 installed (so no AHL9 installed) and it was working great with Luma 7.05 as CFW. However, I wanted to update Luma, so today I installed B9S using this guide https://3ds.guide/updating-b9s. At least I followed it almost, I did follow section I to the letter, but I wasn't able to follow section II.1 because holding Start while booting didn't launch anything. So I copied the safeBS9installer.3dsx into the 3DS folder, booted the N3DS as normal (I have it boot up into the homebrew launcher), selected in the HBL the 'homebrewmenu' and then selected and launched safeBS9installer.3dsx.

The remainder of the guide went effortless. But then the troubles did arise. I tried to boot my N3DS, and it didn't boot into the Homebrewlauncher, instead I got an 'exception occured' crash error, which I will attach. So I rebooted the N3DS again holding L, and now Luma was able to boot into Emunand. But Sysnand is unreachable, not through MiniPasta (which I used to get into Sysnand holding Arrow down while booting). I can launch Homebrewlaucher (which is installed as a CIA), but when I then want to launch apps like Homebrewmenu, Emunand9 and others I always get an error which is more or less the same as the one attached.

And what is more worrying, the installed TWL Slot-1 launcher which used to boot into the R4 NDS card, also doesn't work anymore.

Last strange thing, for me, that I want to mention is that I have some GBA games installed in Sysnand (through FBI in sysnand), which are booting via CIA forwarders from Emunand. These 'sysnand installed'games still work but when I close a GBA game, Sysnand doesn't reboot, as it used to, instead I get another error report and a hard reboot is necessary.

What's going on? And what can I do about it?

Well, I tried to get some stuff working again today, and fortunately the TWL Slot-1 launcher is working again, so I can play my NDS games. Other stuff, like booting into sysnand still doesn't work, at least not when I have the Micro SD cart inserted. If I remove the micro SD card, then the N3DS boots fine into Sysnand homemenu.

Thx Quantumcat, that did the trick.

Everything is back to normal, Sysnans boot (by Holding L) works, no more errors.
Reactions: Quantumcat

@ Sonic Angel Knight: The "You and Me" Jdbye 5 minutes ago
Chat 3