Is there a Page or List where Musicians appear with the most (Hit) Songs released per Year ?

I do not want a List with the CD´s/LP´s per Year.
I need an Overview of Musicians/Groups with the most released Songs per Year please.Not how much they have SOLD please ! (The Beatles,I know.....)
The Question is maybe a little "strange" it comes from the Times where Artists released "Singles".

Thank you. :-)
Sort by date Sort by votes

Not really sure how to find the info you are looking for what I can tell you is reggae singer Dennis Brown has realesed the most singles of anyone with a world record 747 singles to his name. A lot of othe reggae stars have nearly as many singles.
Upvote 0 Downvote

Don't artists mainly do singles nowadays? I thought it was albums that were generally considered the endangered species in this era of downloadable songs and apparently streaming is also popular with the kids so that too.

"released songs" also gets tricky as what counts as what there, and what gets recorded (never mind what is a demo, EP, compilation contribution, guest performance/duet/guest verse and whatever else), varies by region (big in Japan, or indeed Germany in many cases, and all that), to say nothing of people getting picked up by bigger/different labels* and rereleasing tracks and end of year release vs picked up when it hits radio sort of thing.
You say hit as well and while then we could probably pick whatever charts** you like (main or speciality) for a given country by year and figure out whatever cracked a position you are counting as hit (top 20, top 40, top 100, top 500) and do that. If released then some labels might note things, and some of said charts might have an official classification for what counts as a release (though again plenty of stuff was underground as it were).

*some of the blues singers were pretty notorious for releasing almost the same song (but enough that copyright was not troubled) with another label at the same time another song was a hit for another if they offered a better deal. Technically that would be a different song but they were usually the same melody, probably rhymed with the original and were about the same subject matter so this gets tricky (even more so if the different label was better in another country or region).

**this might be one of those things where you do grab a complete listing by year (or possibly month or maybe even week) from whatever source you care for, stick it all in a spreadsheet and do it yourself.
Upvote 0 Downvote

Thank you for your Answers.

@AmandaRose
That is the Information I am seeking and a List and/or Page,where such Musicians listed.

@FAST6191
Reliable and in detail as I expect (to be honest, I expected an Answer from you)
It does not matter which kind of Music and if an Opera Singer would top that List:
https://en.wikipedia.org/wiki/Lata_Mangeshkar
She records over 25.000 Songs but no Idea how much per Year.... 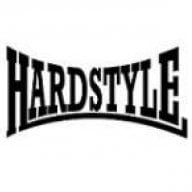 There could be a problem if you compare to today music, back in the days, LPs where called album (or 2sides), so with only 4-6 tracks, you could have a release called album.

Now we pretty much narrowed the gaps, singles are 1 track, EPs are 2-3 tracks most LPs (but hey almost vanished) are around 5 tracks, mini albums 6-9 and albums start around 10, but there is no rules, it's just a global aknowledge.

You can head into Nana Mouskouri release history if you want to count a prolific number of music recording as she made hundreds of albums.

Hindi movie musics are kinda cheat as they make SO MANY movies they need a gazilion number of music to go with the movies, but she's around 30k AFAIK, and she recorded for more than a thousand movies, thats like 20-25 tracks per movie, so you can see how it's easing the numbers of recorded music.

EDIT: Oh and also, since Youtube and Spotify are the main platform for music streaming, there is only singles now it's like this for like 10 years now.
Upvote 0 Downvote

Yes,the Gaps were closed.. :-)
Also of my Question....I thought it would be a really difficult.
So one Step further to an (maybe) unanswerable Question I think....

I suppose we would also have to discount the composition robots ( http://artsites.ucsc.edu/faculty/cope/Emily-howell.htm , or ) as they could probably go as fast as the CPU gets cranked. Though some non vocal musicians could probably trouble those numbers; your link above specifically states "solo, duet and chorus backed songs" where you asked for musicians and I imagine you would not discount the likes of or too quickly so those that slice up their synth, DJ set, korg session or guitar sessions could probably trouble things there.

Released is then a nebulous term. Something like the US' RIAA might once have had a rule or formal submission for consideration (don't know about that one but other things have had them in the past, and had some answer to writer, cover artist, session musician, performer, duet/coperformance, guest verse and whatever else) but today it is all very odd, and even back when plenty of artists would sell tapes out the back of a car at gigs. To say nothing of b-sides and album tracks getting popular but not technically being a single or the main focus of things, and back to gigs plenty of live versions and other edits also come into play. Labels might note more (I presume they have records of what got pressed by them into a mass market item as opposed to a one off or something) but they are all about spin and rewriting history so I would not expect much, especially as it pertains to their failures. Said labels often also tend to be a limiting factor (don't compete with yourself and all that) vs those going out on their own and going for the flood approach.
Upvote 0 Downvote

An then he smashed my Question to the Ground,made an Dodola on it and that was it....excellent @FAST6191
My Hopes are now gone and I leave it to my "Imagination" to make such an List by myself..... 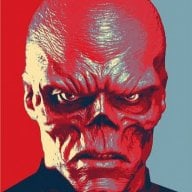 Not that I know of. But I've been able to find videos about this exact inquiry on YouTube.
I often watch videos about which songs were the most popular in my country for every year since the 20s.
Spoiler Alert: Good music starts at the 40s decade ◉‿◉
Upvote 0 Downvote