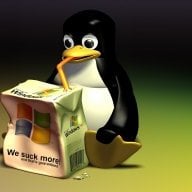 Yes I know VC Injecting is dead and that emulators are the way to go. My consoles have emulators. I just want a few games to be right on the home screen looking just like the ones Nintendo released as VC games.

I have searched high and low for an answer to this question and decided I would finally make an account here after years of lurking around.

Anyway. I am trying to inject a wad with a rom to install on my RVL-001 Nintendo Wiis and this error keeps popping up no matter what I try. Tried different common-key bin files, different wads, different roms, even trying ones I had previously made. Every single time it pops up with this error. I have renamed the rom and wad file down to their original names with no punctuation of any kind in it. basically name.wad and name.rom extension. Both Wiis I have tried all of these injected wads on (9+) have failed with this exact error. File did not install. Ticket (-4100).

I am currently using Auto Injectuwad v3 and ewesv9 which I have used in the past with zero errors. I have tried both NES and SNES games. Can anyone shed some light on what I am doing wrong? Both Wii's are modded. Both Wiis have all proper ciOS and iOS files installed. I have no idea what is going wrong. Any help would be greatly appreciated! Thanks!

Are you sure it's not a -2011 error? That one indicates you're trying to install a WAD with an IOS that does not have install permissions.

Nope it's -4100 for sure. I can send a screenshot if needed. I have all proper iOS files installed and proper permissions. This is happening when injecting a wad with a ROM using autoinjectuwad v3 and then trying to install said wad. If I drop the injected non finished wad as well as finished wad into CustomizeMii gives an error about not having proper certs. I finally found a download for devilkens injector so will be trying that later today. I can install other wads just fine and other VC console wads just fine as well. Just something going on with autoinjectuwad and I am not sure what. It worked fine 8 months ago and nothing on my PC has changed so I don't know what the issue could be. Tried making multiple wads and even wads I had injected and made 8 months ago I tried to remake and it's doing the same thing. I still have the wads I had injected previously so I went through and installed them and they install fine as well. Has to be autoinjectuwad. I don't see the problem being ewes.

Maybe the title.tmd hash didn't get updated? I've never seen a -4011 error. What wad manager is it?

I haven't either. This is the first time. Did a bit of searching and saw some people recommending to make a new common key. Which I did and still have issues. Title did update it appears. But who knows. Lol. Multi Mod Manager 13.4 is what I use. Never had any issues with it up until now but I am assuming it's an injection issue.
S

GreyWolf said:
Are you sure it's not a -2011 error? That one indicates you're trying to install a WAD with an IOS that does not have install permissions.
Click to expand...

That's the error I have, but I'm not able to find an answer.

B
Homebrew Cannot install homebrew : "this installer can NOT continue!"